On Contemporary Narrow Mindedness in Orthodoxy 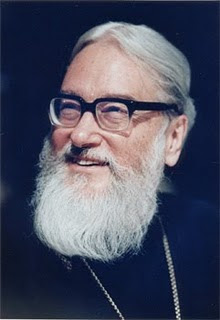 By Metropolitan Kallistos Ware of Diokleia

Alas, the element of nationalism, of ethnic narrowness, is a fact that we can see very widely in the contemporary Orthodox Church. And it has of course deep historical roots. It is not only a problem of today.

Phyletism, setting nationalism above Orthodox catholicity, was defined as a heresy by the Church of Constantinople in 1872. We must keep in mind, however, that there is nothing wrong in itself with nationhood and our loyalty to our own particular people. In fact it is good. Patriotism is a noble feeling. But this feeling of national identity that humans have when they lead a balanced, full life, has to undergo metanoia, repentance, a change of mind. It has to be baptized. And very often this repentance, this change of mind, hasn't taken place and we have an untransformed nationalism. So while nationhood is precious and can be a means of grace, we must remember that Christ stands higher than all ethnic differences. "There is no longer Jew or Greek...for you are all one in Christ Jesus," Saint Paul instructs us [Galatians 3:28]. And we have to emphasize that what matters about the Church is its universality, its catholicity. Nationalism can be a servant but it must not be allowed to become master of our heart. And, as we said, there is a negative narrowness in the kind of intense national feelings that one encounters in Greece, and in Russia and also among British people, of course. None of us is without sin.

Actually, I have noticed while visiting Romania that though Romanians are proud of their nation they don't have the hostile, aggressive attitude toward the West and the fear of non-Orthodox churches that I encounter in other Orthodox countries. In Romania I don't hear, or only very occasionally hear, people talking about 'Judeo-Masonic conspiracies' against the Orthodox world. So, in my experience at least, Romanians seem to be more balanced than many other Orthodox in their views about the rest of the world.

This could be the kairos, the moment of opportunity for Orthodoxy. But we Orthodox are not ready. We are not Orthodox enough.

From Gifts of the Desert: The Forgotten Path of Christian Spirituality, by Kyriacos C. Markides, pp. 165-166.
Posted by Father David Bird O.S.B. at 08:35