[Irenikon] The Christian, Not Pagan, Origins of Halloween 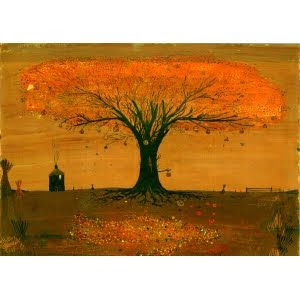 The Christian, Not Pagan, Origins of Halloween

The following excerpt is from the book "The Stations of the Sun" by Ronald Hutton (Oxford University Press, Oxford, 1996). This is to supplement my post titled "Orthodoxy and Halloween: Separating Fact From Fiction". Hutton is a British historian, and his book is a very well-researched study of seasonal festivals in Britain. Some of his observations may be of interest to those who get their knickers in a knot over Halloween — either pagans who think Christians “stole” it, or Christians who think it must be “demonic”.

At the end of the nineteenth century, two distinguished academics, one at Oxford and the other at Cambridge, made enduring contributions to the popular conception of Samhain. The former was the philologist Sir John Rhys, who suggested that it had been the ‘Celtic’ New Year… Rhys’s theory was further popularized by the Cambridge scholar, Sir James Frazer. At times the latter did admit that the evidence for it was inconclusive, but at others he threw this caution overboard and employed it to support an idea of his own: that Samhain had been the pagan Celtic feast of the dead. He reached this belief by the simple process of arguing back from a fact, that 1 and 2 November had been dedicated to that purpose by the medieval Christian Church, from which it could be surmised that this was been a Christianization of a pre-existing festival. He admitted, by implication, that there was in fact no actual record of such a festival, but inferred the former existence of one from a number of different propositions: that the Church had taken over other pagan holy days, that ‘many’ cultures have annual ceremonies to honour their dead, ‘commonly’ at the opening of the year, and that (of course) 1 November had been the Celtic New Year. He pointed out that although the feast of All Saints or All Hallows had been formally instituted across most of north-west Europe by the Emperor Louis the Pius in 835, on the prompting of Pope Gregory IV, it had already existed, on its later date of 1 November, in England at the time of Bede. He suggested that the pope and emperor had, therefore, merely ratified an existing religious practice based upon that of the ancient Celts.

The story is, in fact, more complicated. By the mid-fourth century Christians in the Mediterranean world were keeping a feast in honour of all those who had been martyred under the pagan emperors; it is mentioned in the Carmina Nisibena of St Ephraim, who died in about 373, as being held on 13 May. During the fifth century divergent practices sprang up, the Syrian churches holding the festival in Easter Week, and those of the Greek world preferring the Sunday after Pentecost. That of Rome, however, preferred to keep the May date, and Pope Boniface IV formally endorsed it in the year 609. By 800 churches in England and Germany, which were in touch with each other, were celebrating a festival dedicated to all saints upon 1 November instead. The oldest text of Bede’s Martyrology, from the eighth century, does not include it, but the recensions at the end of the century do. Charlemagne’s favourite churchman Alcuin was keeping it by then, as were also his friend Arno, bishop of Salzburg, and a church in Bavaria. Pope Gregory, therefore, was endorsing and adopting a practice which had begun in northern Europe. It had not, however, started in Ireland, where the Felire of Oengus and the Martyrology of Tallaght prove that the early medieval churches celebrated the feast of All Saints upon 20 April. This makes nonsense of Frazer’s notion that the November date was chosen because of ‘Celtic’ influence: rather, both ‘Celtic’ Europe and Rome followed a Germanic idea….
This article is given to you through the kindness of Fr Ambrose Young.   In Peru, in many places the people spend the night of November 1st in the local grave yard where theylight candles on the tombs of the relatives and friends and say pray fpr the dead.   Also, small orchestras go round and, for a small donation, play music at the tomb.   I was told that this custom comes from Spain where, at a time when paganism was still very strong, people were afraid of graveyards because they were full of ghosts.   The Christians said that the spirits of the dead were not ghosts but saints; and, to demonstrate their belief, the Christians lit a candle on the grave of their dead, just as they did before the images of the saints. - David
__._,_.___
Posted by Father David Bird O.S.B. at 06:56