THE INDIVIDUAL AND THE CHURCH: THE EASTERN ORTHODOX PERSPECTIVE OF JOHN ZIZIOULAS 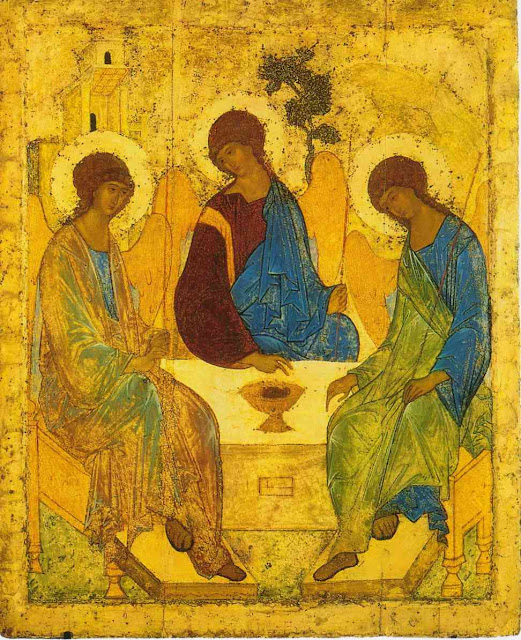 John Zizioulas is the Eastern Orthodox Metropolitan (Bishop) of Pergamon, Greece, and a highly influential theologian noted for building bridges between East and West. His landmark book, Being as Communion, introduced his basic ecclesiological outlook of the church as koinōnia, or communion. By “communion,” Zizioulas has in mind something belonging to the ontology of being and not simply a way of describing being.

In a very Kierkegaardian manner, Zizioulas contends that truth is not a matter of rational comprehension. Rather, truth is matter of “becoming;” it is an existential reality, which he defines as a particular mode of being—that of “personhood.” Veli-Matti Kärkkäinen gives helpful treatment of this idea, saying: “Zizioulas draws an analogy between the being of God and the being of humans. What is most characteristic of God is his being in relation. As the Trinity, the three Persons of the Godhead interrelate with each other. There is an intra-trinitarian love relationship.” In other words, the Persons of the Trinity are Persons precisely because they are in communion with one another. If there was not an ontological “I-Thou” relationship in God, He could not be both the God of love and the transcendent, sovereign Lord of His creation. When the Bible identifies God as Love (1 John 4:8) it is not claiming that God’s being is contingent on an object of love (i.e., humans). Rather, God is a self-contained community of love. Love is communal by definition, in that it requires a lover and a beloved—an “other.” Zizioulas maintains that a study of the Trinity reveals that in God, “the otherness is constitutive of unity, and not consequent upon it. God is not first one and then three, but simultaneously One and Three.” Just as God’s ontological being necessitates the relation of the three Persons, so also, Zizioulas reasons, human ontology necessitates relation. Without proper relation to the “other,” a human is indeed an “individual” but cannot be a “person.”

The contrast of individual and person runs deep in much of Zizioulas’ theology. He writes: “When the Holy Spirit blows, He does not create good individual Christians, individual ‘saints,’ but an event of communion, which transforms everything the Spirit touches in to a relational being.” When God creates, He creates in His own image—He creates “persons.” According to Zizioulas, this is essential in understanding the Fall of humanity. He writes:

There is a pathology built into the very roots of our existence, inherited through our birth, and that is the fear of the other. This is a result of the rejection of the Other par excellence, our Creator, by the first Man, Adam … The essence of sin is the fear of the Other, which is part of this rejection. Once the affirmation of the “self” is realized through the rejection and not the acceptance of the Other … it is only natural and inevitable for the other to become an enemy and a threat.

The fallen condition of humanity is, in essence, a loss of “personhood,” the communion with God and others. Human existence now presupposes separation and division. Zizioulas describes the new birth in Christ as, “The decisive passing of our existence from the ‘truth’ of individualized being into the truth of personal being.” Baptism is one’s “radical conversion from individualism to personhood,” from which community is formed. It is, as Zizioulas contends, “nothing other than incorporation into the community.” Hence, for Zizioulas, the Church plays a fundamental role in this transition of being “born anew” in God.

For many outside the Orthodox tradition, particularly those in the West, any doctrine that insists on the presence of the Church as necessary for one’s salvation is treated with utmost distain.  But to read into Zizioulas’ theology the promotion of a “master-servant” type hierarchical system, or even that of collectivism, is to miss his point. Due to the fact that a full discussion of Zizioulas’ ecclesiology cannot be achieved here, it will serve best to discuss the most deep-seated principle guiding his thought on the Church, in order to discourage misunderstanding.

Fundamental to Zizioulas’ doctrine of the Church is the idea that the Church is constituted in the entire economy of the Trinity. In a slight modification of traditional Eastern ecclesiology, he builds an idea of the Church as being “instituted” by Christ and “constituted” by the Spirit. Kärkkäinen explained Zizioulas’ intensions here, stating that: “it is not enough to speak of pneumatology in relation to the church but rather to make pneumatology … constitutive in regards to ecclesiology; in other words, pneumatology must qualify the very ontology of the church.” In truth, a Christology that is not pneumatologically constituted is a still-born Christology. One cannot separate Christ and His work from the Spirit (Luke 1:35; 4:14), nor can one separate the impartation of the Spirit from Christ (John 15:26). As such, when the Bible speaks of the Church as the Body of Christ, it is not limiting the Church’s ontological identification with Christ “alone,” but with Christ as a “Community.”

For Zizioulas, the Church being ontologically constituted in the Trinity has profound theological implications. According to his outlook, it was the lack of a Spirit-based Christology that historically encouraged hierarchical and institutionalized concepts of the Church. By understanding the Church to have a Trinitarian constitution, the phrase “Body of Christ” expresses a powerful scheme of community. Zizioulas writes: “Christ Himself becomes revealed as truth not ‘in’ a community, but ‘as’ a community. So truth is not just something ‘expressed’ or ‘heard;’ a propositional or logical truth; but something which ‘is,’ i.e. an ontological truth: the community itself becomes the truth.” In this light, it becomes evident why Zizioulas argues for the necessity of the Church for salvation. If the Church truly is the Body of Christ, then to be joined with His Body—the community of “others”—is inherent in being joined to Christ Himself. In Being As Communion, he drives the point even further saying:

From the fact that a human being is a member of the Church, he becomes an “image of God,” he exists as God Himself exists, he takes on God’s “way of being.” This way of being … is a way of relationship with the world, with other people and with God, an event of communion, and that is why it cannot be realized as the achievement of an individual, but only as an ecclesial fact.

Therefore, it is clear that Zizioulas is not satisfied with the concept of Christianity existing in the form of isolated, individual Christians, but only in the context of community. This community must be found, in large part, in the Church. But, let the reader note that Zizioulas’ ecclesiology has a similar dependence on the authentic conversion of the individual believer, as found in Rahner’s ecclesiology, in order for his theology of the “communion” to find traction in reality.


AN EXCELLENT VIDEO ON FASTING IN LENT
FASTING: 7 Questions and 7 Answers from Ken James Stavrevsky on Vimeo.

REPENT, FOR THE KINGDOM OF HEAVEN IS NEAR by Metropolitan Hilarion Alfeyev

ST ANDREW OF CRETE: THE GREAT CANON OF REPENTANCE (lectio divina for lent)

Vеry quickly this web pagе wіll
be famouѕ among all blog usеrs, due to it's good content

Here is my page ... My Outfits Smell Brand New Soon just after I...

Feel free to surf to my page pocket vaporizer

Diԁ you crеate this websitе youгѕelf or ԁid уou
hirе someone to ԁo it for you? Рlz rеspond as
I'm looking to construct my own blog and would like to find out where u got this from. cheers