[IrenikoHAPPY NEW YEAR: Fw: "My mum forced me to clean my teeth" and "Screwtape and the Pope" 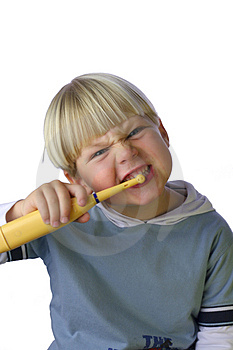 My mum forced me to clean my teeth

I am heartily sick of the protest "I don't go to (Liturgy) (Mass) because my parents forced me to go when I was young." OK Son, what else did your parents force you to do?

Your parents forced you to wash before you went out in the morning. Those cruel tyrants made sure that you cleaned your teeth before you went to bed. They dragged you kicking and screaming to school so that you could learn to read - and the teachers collaborated by forcing you to learn the alphabet and put the words together.

If they had neglected to see that you were clean, had suitable clothes, eat some sort of nourishing food, get some education and cross the road safely, they would have been visited by social services and given a care plan so that you could be healthy and safe.

And you are complaining because they took responsibility for your eternal life?

In this context, it is relevant to quote again the classic:
Ten reasons why I never wash 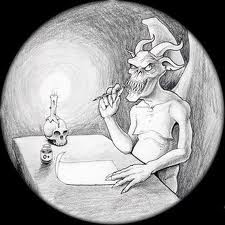 Sorry if I offend, but this is priceless!

I must confess to being a little puzzled by your suggestion that the Unholy Office is in any way open to criticism. It is, after all, inappropriate for somebody as high up in the Lowerarchy as yourself to venture upon criticism of any of Our Father's Dikasteries; but least of all should you fail to cringe in terror before this particular organ for bad. Indeed, in future, I must ask you to refer to it by its proper title as the Congregation for the Perversion of Prelates and Priests. Moreover, you describe it as "over-staffed". I think, nay rather, I long for you to come to regret such a good term. True, the CPPP is by far the largest of all our departments, but it is undoubtedly the most spectacularly successful of all the groups who assist the Ministry of the Sovereign Tempter. The humans, on the walls of some of their older churches, have painted the Doom, the Final Judgement, with an amusing detail (how deplorable their capacity to derive the pleasure of laughter even from Damnation!): they show some of those who are rising from the grave to everlasting condemnation as marked with insignia of office. Several of these doomed figures are commonly depicted wearing a mitre or a cardinal's hat or a tiara. Believe me, if humans understood the half of it, they would have painted vast phalanxes of such mitred prelates waiting to be hauled, poked, or prodded by our worthy footsoldiers into the open mouth which leads down to the Infernal Playgrounds. For all that - and for so very much more - we have the CPPP to thank. You forget this at your peril ... a delicious word, peril ... redolent of the most exquisite culinary expectations ... but I must curb my digression ...

In particular, your suggestion that they "should have shut Ratzinger up" demonstrates not only a degree of disrespect for workers who, believe me, are very much worse than you, but also a quite woeful, not to say admirably punishable, misunderstanding of the broad lines of current strategy. Protocol 7/12/666, which was very adequately expounded at your seminary, explains clearly that Ratzinger appears to have a strong degree of protection. Accordingly, policy is - do you remember all this now? - to concentrate on the ready malevolence of those we have trained to report and comment on what he says or writes. The departmental bottoms at CPPP have successfully put in place a number of highly productive antinomies of the sort that the humans would describe as "Heads I win, tails you lose". Thus, if Ratzinger is silent on some topic, he is "failing to speak clearly". But if he utters ... even just one sentence ... it is rich material for misrepresentation. Such misrepresentations will be what stick in the mind of most hearers. Not for nothing have we slaved for centuries to ensure that as few humans as possible are capable of even the simplest logical processes. But little is lost if a few humans remain who do perceive an inkling of the truth: we have multiple fall-backs in place. One of these is to suggest that Ratzinger, even if admittedly correct, is "accident-prone" and "should have realised how his words would be misinterpreted". This, of course, neatly diverts into renewed condemnation of the man a perception which, if left unmanipulated, might have opened some human minds to the accuracy of what he had said.

You are particularly concerned that Ratzinger recently "blew the gaffe" on our strategy (8/5/999) of promoting 'relativism' in the 1960s/1970s. It is true that there are thousands of clergy trained in those decades, tens of thousands of 'moral philosophers' who taught at that time in very low-down universities, who will remember systems such as 'Situation ethics' which were propounded and widely accepted. (This in itself was a spectacular success on the part of the CPPP.) But those humans whom we control in what they call their 'media' had no trouble providing a very satisfactory gloss upon Ratzinger's words. With our help, they picked on a couple of truths: that such systems were widely held; and that the implication of these systems is that paedophile actions were not ex sese "wrong". And they ensured that two responses would be inevitable: firstly; when victims of paedophile priests were told Ratzinger believed "Everybody thought that sort of thing was All Right", they very naturally responded that, in their own communities, paedophilia was certainly not considered "All Right" by everyone. And, for them, this is perfectly true. At that time, common folk lagged sadly behind the sophisticated moral innovations of our friends in universities and seminaries and the Intelligensia. Many of those dreary peasants would not even have understood the meaning of the phrase 'trahison des clercs'. So, for them, the claim, attributed to Ratzinger, that "Everybody believed paedophilia was All Right" simply sounds like a lie.

The second response calls in aid the policy embodied in 4/3/969. This -I presume you will again need to be reminded - concerned the inculcation of the idea that "What everybody does/thinks" is automatically "Right". You and I, of course, know that such a principle would, for example, have made the Jewish Holocaust and the practice of Slavery and the Burning of Widows into acceptable systems. Indeed, we successfully used this very idea to erode the consciences of those we wished to become involved in the Jewish Holocaust. But only a few off-message academics realise the logical absurdity of treating "Everybody thinks it is Right" as equivalent to "It is Right". Most of the common people cheerfully accept this equivalence. So, when our workers were able to simplify Ratzinger's words into a suggestion that "Everybody thought paedophilia was All Right", the minds of many humans automatically glossed this as meaning "Ratzinger thinks paedophilia is All Right".

He's clever, the little Bavarian, but we have him by the short and curlies. What we are best at is turning his cleverness against him. And this is not just CPPP policy; it was explicitly approved by Our Father Below in his weekly audience with the Prefect of the Congregation, and ordered to be published. You will find texts in Acta Infernorum Locorum. Indeed, rumours down here suggest that it may soon be incorporated into a Diabolic Constitution. You had better watch your words, and keep just a teensy weensy bit more up-to-date in your reading ... if you know what is bad for you ... as (given my own very great desire for you) I profoundly hope you do not.

As loving, as hungry, as ravenous, as ever