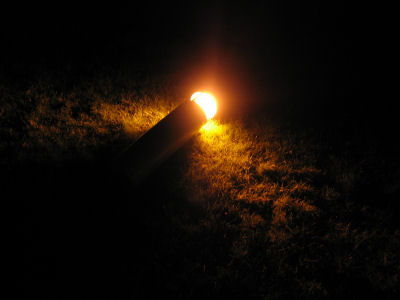 Our faith is the product of the active Presence of the Lord who has crossed the boundaries between Creator and created, between the ontologically Necessary to what need never have existed apart from his Love, so that we and, through us, the whole of creation may share in the life of the Blessed and undivided Trinity.

This ever-active Presence of the Lord speaks to us in many ways, one of which is in Beauty. Indeed, beauty has been defined as the perception of the Presence of the Holy Spirit in nature. At the Reformation, the Anglican Church rejected several basic and central doctrines of Catholicism; but the ancient cathedrals and parish churches kept the memory of Catholicism alive, even when those who used them had forgotten it, and they bore witness to Catholicism by their beauty. They had a continuous, often unconscious, influence on the creativity of Anglicans in music and spirituality, and bore fruit in the Oxford Movement.   What is true in Anglican history is also true in our own

. In this post, I want you to savour the Presence of God who reaches out to us in sound and architecture. We open with monks singing plainchant, singing about light shining in the darkness. The monks are separated from the world by their cloister, but you can see in the images how their spirit reaches out to the stars and embraces the baby in the womb, the mother with her child, the people in the hustle bustle of the city; this only being possible because their spirit reflects the ever-present Spirit of God.

The second video is about the Benedictine Abbey of Einsiedeln in Switzerland which is a place of pilgrimage to the "Black Madonna". It is a monastery where silence and sound meet and are welded together in music, where human reaching to God meets God seeking us humans in love. All this takes place within the context of a breathtakingly beautiful abbey church

. In the third and fourth video, we are back in the world of ancient chant, each within a beautiful setting. Until around the 17th century, Italy was the meeting place of East and West. Approximately a third of Italy, mostly Sicily and the South, followed the Byzantine Rite; and for long periods, monasteries and people were in communion both with Rome and with Constantinople; and even when they were not officially in communion, there was a lot of de facto communication.  As Fr George Florovsky said, the schism has never been water-tight.   On the first of the two videos, there is Greek and Latin in one single chant. The second video is in the Ambrosian Rite in the archdiocese of Milan. Both videos are set in churches well worth seeing.

The final video is of an orchestra and singers performing a Bach Mass. Some Russian thinker said, "Rublev's Trinity - therefore God exists. I would add to that, "Bach and Handel - therefore God exists." For me, no other composers have written music in which the Presence of the Holy Spirit is so evident as in those two; even if they were Protestants.
I hope you enjoy these videos, which are provided by Gloria tv

Finally, thanks to Mystagogy, an Orthodox blog, here is a full length documentary on churches and monasteries in Greece.   Although the commentary is in Russian and, like most of the readers of this blog, I do not understand Russian, the photography is marvellous, and it is a feast for the eyes.
Posted by Father David Bird O.S.B. at 09:39