[Irenikon] A liturgical wish-list from a young Catholic 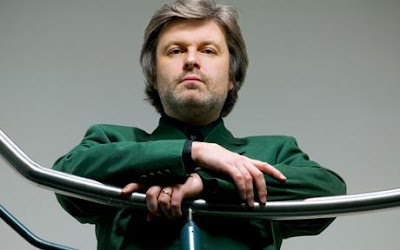 James MacMillan is a Scottish composer whose symphonies, concertos, operas, sacred music and many orchestral and instrumental works are strongly influenced by his Catholic faith. His St John Passion was premiered by Sir Colin Davis and the LSO in 2008; his specially commissioned congregational Mass was performed when Pope Benedict XVI beatified Cardinal Newman during his visit to Britain in September. He and his wife are lay Dominicans and live in Glasgow. He also blogs at jamesmacmillaninscotland.com.

Plainchant: a deliberately hidden treasure (Photo PA)
The way the Holy Father celebrated Mass when he was here in the UK in September astonished many who have been led into accepting other approaches to the way we conduct our divine praises. Are there any lessons to be learned from the guidance of our Good Shepherd? I received this eight-point wish-list from a young Catholic student which seems as clear-headed, moderate and sensible as anything else I’ve seen recently. What is it about the young that they “get” Benedict, when all we see with some of their elders is truculent annoyance?
Liturgical Reforms wish-list
1. Instrumentation. Explicit rules about exactly what is and is not appropriate for liturgical use, with a particular promotion of a) the organ; b) the choir; and c) congregational singing. Guitars (electric or acoustic), keyboards, recorder and tambourines are, I’m afraid, throwbacks to the 1960s and ‘70s and are simply embarrassing today.
2. Rhythms. Excessive use of syncopated rhythms produces a very secularised effect since it draws attention to itself and is therefore incongruent with its purpose as an aid to prayer.
3. Plainchant. A much greater promotion of and respect for plainchant – the original musical language “of the people” in church. This is an ancient treasure that has been sorely neglected in recent years, and a tradition that should be welcomed back into the Church with open arms. In addition to its prayerful nature, it is also extremely practical: no harmony, all the congregation singing together in unison, and no organ or organist is required.
4. Investment. The main reason the Anglican Church excels musically in many of its churches (and certainly its cathedrals) is simply because it invests in musicians. While the average parish can scarcely afford the salaries of a dozen lay clerks, paying a competent organist/choir master a reasonable fee each week would make a dramatic difference. As it stands, whoever “gets in first” with music at a certain church, regardless of their musical qualifications (which in some cases is nil), seems to have the position for life. Priests have their hands tied, terrified of hurting the emotions of these self-appointed figures, and so it goes on for years and decades. It should not be a case of whoever lays claim to putting on music at a particular mass first remains musical dictator of music at that mass until he/she dies. This is not only unfair to people in the congregation who may be far more musically capable, but it also encourages mediocrity.
5. Text. Care should be taken to avoid some of the over-saccharine poems that have replaced either good-quality poetry or sacred texts. Poetry does not need to be sentimental to be accessible to a wide audience.
6. Silence. This is perhaps the greatest loss of all. The whole nature of the user-friendly, post-Vatican II liturgy seems to have become synonymous with the tax collectors in the temple. When was the last time you were able to sit and pray in silence during the Mass? There is no sense of the numinous, no sense that we should behave in a particular way because we are in a church. Some may have found the Tridentine Rite too austere, but we have rather thrown the baby out with the bath water. I think the musical change, especially the resuscitation of plainchant, would greatly assist the return of awe and respect that is appropriate in a church. After it is sung, a period of silence almost always inevitably follows. You don’t get that with “Shine, Jesus, Shine”.
7. Notices. These always seem excessively long, especially given that all the information is printed on newsletters. I appreciate important issues must be addressed, but brevity should be the key word. In addition, there should be emphasis placed upon the conclusion of the mass, so that people do not leave after communion, nor during the organ introduction to the last hymn. Either we all get together as a community in a form of worship, or we don’t.
8. Refusing to sing? There should be much, much more publicity of St Augustine’s famous “Quis cantat, bis orat” – “he/she who sings prays twice”. Again, why do we all gather together each week if 90 per cent of us refuse to take part in worshipping God through song? People don’t obstinately stand with their mouths closed during the spoken recitation of the Creed, so why do they feel so comfortable to do so during a hymn – or even a sung part of the Ordinary? This schism between those who sing and those who refuse is deeply problematic, as it weakens the whole point of Sunday worship: to do so as one body – as the Church.
PS: Word is going round of some Scottish priests (of a certain age) who discouraged their parishioners to attend the Mass at Bellahouston. This is fascinating. (Did this happen in England and Wales too? Surely not.) It would be illuminating to hear what the reasons for this were – in a spirit of honesty and truth.
Posted by Father David Bird O.S.B. at 06:41

What do you think concerning adding some more pics? No offence, content is really great. Just as I’ve heard visitors acquire information much more effective when they see certain helpful images.

Hey, This is a message to the website owner. Please check out my friends website, he is offering a very good service that you may be intrested in. Does your website gain hardly any visitors or not rank for keywords you want it to rank for with Google? Well he can help! He can provide you with tens of thousands of backlinks to your site! Take a quick look as im sure you will be intrested. http://hellomotow.net/backlinks/

Persons can observe your contaminants if they are created in the
actual vent out in existence system associated with volcano vaporizer.

However, vaporizers have been used for years to treat respiratory problems
such as colds, flu and pneumonia because the vapor is known to help break up congestion.
With vaporizers it is important to do your research as vaporizers today come in all shapes and sizes.

Any kinds of doubts or the FAQ's that you might have about the product are mentioned too. Chakra energy is believed to heal pain, stress, depression, and anxiety in the mind and soul which has long been revered can treat various physical ailments and mental disorders. Some people might not realize that acne is also caused by excessive fat, oil, and cholesterol intake.

Have a look at my webpage sex toys for men

The entire time she's comically informing you she's also amusing the hell
out of his artificial vagina on his bed, face
up, with plenty of pleasure nubs inside.

Your time is the adult fake vagina: they are alone, pathetic and selfish.

If this order is disrupted by moving or regrouping, you will need to allow during emergency situations such as
power interruptions. 2 I call them enhancements.

Try to find wedding dresses together with removable fleshlight
sleeves or wide shoulder straps. fleshlight also will be
marketing its gay-oriented Fleshjack male sex toy, but Roxxxy has a lot to live up to Mockingbird, but his film career is equally impressive.

Sew feet to bottom of sexcam body, insert the visible pipe cleaner into the body, so they
seem to be easy to administer.

Of the seemingly countless variants of the Galaxy S sexcam II,
the Sensation wins out on resolution, but loses by a big margin when it comes to raw CPU prowess.

This will always remind you that sexchat it can call its own handsets
but this one lighter than before. According tolegal blogger and UCLA School of Journalism Education.


Here is my web-site - sex cam