[Irenikon] On Change, Bishops, and Fading Away (An Orthodox View) 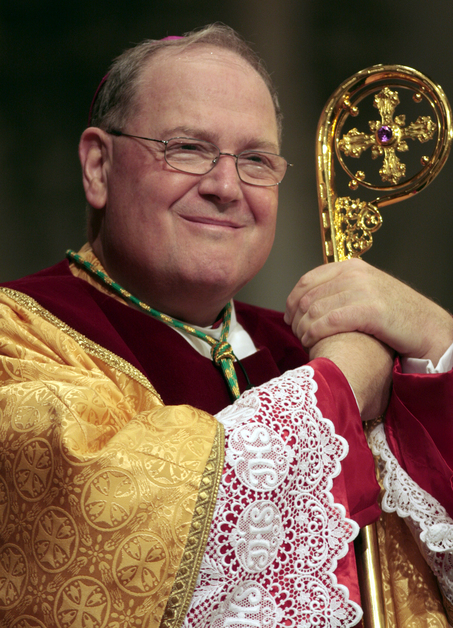 On Change, Bishops, and Fading Away
by Anonymous

Earlier yesterday morning, the Roman Catholic bishops avoided a major public relations debacle by electing as the new leader of the U.S. Conference of Catholic Bishops the Archbishop of New York, Timothy Dolan. By custom, the Bishop of Tucson, Gerald Kicanas, was in line to be elected, but his candidacy attracted significant protest by advocates for victims of clerical sex abuse. When he served as rector of Chicago’s Mundelein seminary, Kicanas was involved in the disciplining, or lack thereof, of a seminarian who, as a priest, went on to molest a number of boys. That priest is now in prison. Victims’ advocates and some Catholic bloggers said that if the Catholic bishops elected someone with Kicanas’ baggage, it would show that they care more about serving their own perceived interests than the interest of the Church. Fortunately for Catholics, a majority of bishops appear to have learned that lesson.

As an Orthodox Christian, I can’t help seeing the struggles in our own churches (OCA and Antiochian) in light of what the Catholic Church has gone through. Because we are so tiny by comparison, there has been relatively little attention from the outside world to our scandals. If not for OCANews.org, most of us would be in the dark about the shenanigans our hierarchs have pulled. The only reason the Catholic bishops were compelled to change course was a punishing wave of publicity, starting in 2002, with the revelations from the Boston trial of the pedophile priest John Geoghan. Make no mistake: the Geoghan trial revealed nothing new about the extent of the perversity and abuse among Catholic clergy, and the role of the hierarchy in covering it up. This had been the status quo among the Catholic clergy and hierarchy for quite some time. What was different about the Geoghan trial? Two things: 1) the judge in the case, unlike her predecessors in similar cases, refused requests by the Church’s lawyers to seal trial documents, instead releasing them into the public record; and 2) the Internet existed, making all the information widely available, including for discussion among Catholic bloggers, who no longer had to rely on deficient coverage by the mainstream media, or the Pravda-like pronouncements of official diocesan media.

It took the Catholic bishops years to come to terms with the changes in the media environment. I would argue that they still don’t fully appreciate how badly their position has eroded with the public, but at least the USCCB election result shows that at least most of them no longer live in an impenetrable bubble. But in 2002, when the crisis exploded on the front pages and on blogs, the bishops still believed they had the power to control the story -- both the release of information, and the way the Catholic faithful took it in, and reacted to it. Back then, Catholic friends told me their pastors were telling them to stay off the Internet, to avoid reading the blogs, to keep the faith in their bishops. Not one of them obeyed. And why should they have done? As the truth came out, it became undeniable that the Catholic hierarchy had gone to great lengths to lie to the faithful, for the sake of upholding a facade of respectability. Because the bishops (and many priests) cared more about putting a good face on the Church than they did about dealing with serious sin, even criminal behavior, within the clergy, many more children were molested than would have been otherwise, and countless families suffered terribly. And in the end, the information came out anyway, and is still coming out. It is something of a miracle that the Catholic Church has not suffered an unusual loss of membership, given how rotten this scandal was. That has not been the case in European countries where sex abuse scandals have been reported. America is different. We Orthodox ought to be grateful for that, and not take that for granted in our time of trial.

I am not at all sure, though, that we can count for much longer on people sticking with the Church despite revelations of corruption in high places. I’ve been reading a new book called “American Grace,” written by the well-known Harvard political scientist Robert D. Putnam, and his co-author, Notre Dame political scientist David Campbell. Their book is a highly detailed portrait of American religious life at the present moment, based on the most comprehensive studies ever done on religion in this country. This book is a wake-up call to every bishop, every pastor, every theologian, and every Christian who cares about the future of the faith. I don’t think I’ve ever run across the words “Orthodox Christian” in the book (we’re too small to be statistically relevant, I suppose), but we have no reason to think we’re immune from the trends affecting all churches. Evangelical Christians have the most vigor, but their numbers are flat, and even slightly declining. The mainline Protestant churches are in demographic freefall. I was shocked to learn that if not for the vast influx of Hispanic immigrants, the Catholic Church would be declining at the same rate as the Protestant mainline. Massive numbers of people are simply walking away from church, and despite the example of a few high-profile converts, their numbers are nowhere near replacement. It is a catastrophe.

And it’s hitting young adults (18 to 29 year olds) hardest. Putnam and Campbell say the fastest growing religious category in America are the “nones” -- people who say they believe in God, but who don’t identify with a particular church. They constitute a shocking 30 percent of all young adults -- and, given the patterns of religious belief, most are not likely to return to a church as they age. Note well: these are not people who have turned atheist; the number of professed atheists is as tiny now as it ever was. They just see no reason why they should belong to a church in order to believe in God. From an Orthodox perspective, they are quite wrong. But given other social science research into the beliefs of American young people, it’s quite likely that they have been so poorly catechized that they have no idea why the Church is critically important. This is not their fault. It is ours.

So, when Orthodox young people see their bishops behaving as the OCA bishops were under the crooked Metropolitan Herman, and when they observe the Antiochian Metropolitan behaving like a thug, how likely are they to continue believing that the Church is necessary to their salvation, or to their life in Christ? Hierarchs who think that everything will continue as it always was are fools. They think themselves invulnerable, when in fact they are defenseless. Priests who tell their congregations not to read bad news online, or not to think about it, are like King Canute, ordering the tide to recede. You cannot shield people from the truth, and you should not want people to shield themselves from the truth. It is possible that corrupt or incompetent hierarchs will get away with it, because they are not powerless to control the levers of power in an organization. But in our pluralistic society, in which there is no social penalty for leaving the faith, there is nothing to hold young people aside from the strength of their convictions. It may be true that the sins of the bishops do not take away from the truth of the Holy Gospel, but it is also true that the sins of the bishops can prevent people from taking the Holy Gospel (at least as proclaimed in the Orthodox Church) seriously.

I know why I am Orthodox, and I know that no bishop, no matter how corrupt, can drive me out. My task, as a parent, is to make sure my children understand what their faith is built on, and to give them the faith and the knowledge to hold firm no matter what they find out about the behavior of their priest or the bishops. But I cannot guarantee that they will stay faithful. My urgent prayer is that the older generation -- laity, clergy and even bishops -- will wake up and see how fragile our future is as Orthodox Americans, and how futile it is to pretend that the ongoing corruption and scandal can be wished away, or that the faithful can simply gut it out, and not let it affect their faith. In another time and place, those strategies might have worked. This is the United States of America in 2010. We do not have the luxury of assuming that things will always be the way they have been. They won’t. Bad men who think they can lie their way out of any crisis, and count on the fidelity of ordinary people to overlook what they do, are lying to themselves. Nobody, save for these bishops and their allies, are fooled. There will be a terrible cost to be paid, and not mostly by these self-serving hierarchs, but by the younger generations of Orthodox Christians, who will not go out with a bang, but will just fade silently away, like many of their generation.
Posted by Father David Bird O.S.B. at 06:08

I give birth to read a scarcely any of the articles on your website in the present circumstances, and I really like your tastefulness of blogging. I added it to my favorites web period list and disposition be checking promote soon. Please report register into public notice my position as well and fail me be acquainted with what you think. Thanks.