THE ORTHODOX C.S.LEWIS by the Rev. Robert C. Stroud (*) 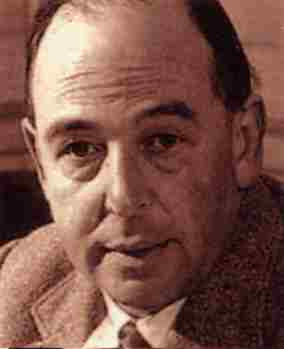 (*)  Robert C. Stroud is a Lutheran pastor and  chaplain from March Air Reserve Base in California. He has a deep love for the common, orthodox roots of the One, Holy, Catholic, and Apostolic Church 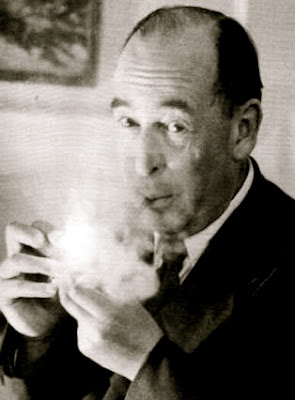 C. S. Lewis and Catholicism by Iain Benson
source:  http://socrates58.blogspot.com/2006/02/cs-lewis-and-catholicism-iain-t-benson.html.
The passage from which the comment that "I leave religious controversy to theologians"is drawn comes from the Preface to the French edition of La Problem de la Souffrance(1950), a Preface which Walter Hooper sets out in Companion, pp. 296 – 297. Because of its importance to the theme of my paper I wish to quote it at length:
I was asked to write a few words of introduction to this book for French readers, who might at first find something ambiguous in my position. Who, one might ask, is this Anglican layman, translated and introduced by Catholics, who, on the frontispiece of The Screwtape Letters, brings together a quotation from Sir Thomas More and one from Martin Luther? Is he unaware of the differences between Christians, or does he consider them unimportant? By no means. As a Christian, I am very much aware that our divisions grieve the Holy Spirit and hold back the work of Christ; as a logician I realize that when two churches affirm opposing positions, these cannot be reconciled.

But because I was an unbeliever for a long time, I perceived something which perhaps those brought up in the Church do not see. Even when I feared and detested Christianity, I was struck by its essential unity, which, in spite of its divisions, it has never lost. I trembled on recognizing the same unmistakable aroma coming from the writings of Dante and Bunyan, Thomas Aquinas and William Law.

Since my conversion, it has seemed my particular task to tell the outside world what all Christians believe. Controversy I leave to others: that is the business of theologians. I think that you and I, the laity, simple soldiers of the Faith, will best serve the cause of reconciliation not so much by contributing to such debates, but by our prayers, and by sharing all that can already be shared of Christian life.

If the unity of charity and intention between us were strong enough, perhaps our doctrinal differences would be resolved sooner; without that spiritual unity, a doctrinal agreement between our religious leaders would be sterile.

In the meantime, it will be apparent that the man who is most faithful in living the Christian life in his own church is spiritually the closest to the faithful believers in other confessions: because the geography of the spiritual world is very different from that of the physical world. In the latter, countries touch each other at their borders, in the former, at their center. It is the lukewarm and indifferent in each country who are furthest from all other countries.
(pp. 296 – 297 emphasis added).
Posted by Father David Bird O.S.B. at 03:56