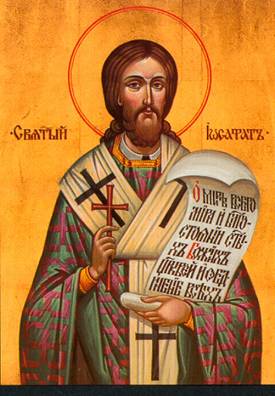 Was he the saint that was taken in the night from behind the iron curtain and brought to Saint Peter's Basilica in triumph?