"THEOSIS" IN SAINT SILOUAN THE ATHONITE AND STARETS SOPHRONY OF ESSEX 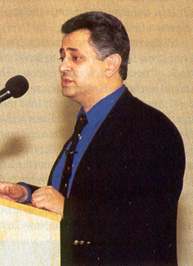