Conference 25th May 2011 St Bede the Venerable (by Abbot Paul of Belmont, UK) 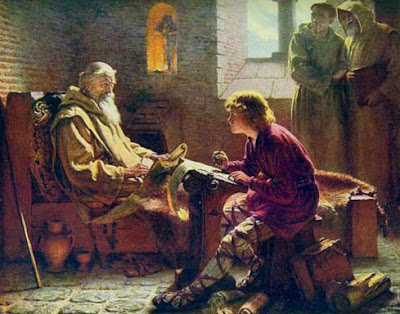 By reading your excellent post it seems to me that the abbey functioned almost like Google. That is, all the information that Bede needed literally "came" to him and he just had to look around. It was then very obvious that the Spirit chose someone as Bede to give him the virtues of patience, labor and duty to perform his immense task. Is it not marvelous and mysterious that the correct man was put in the correct place to perform a task that would be fully appreciated centuries later? Is this not what we mean by "Divine intervention"?