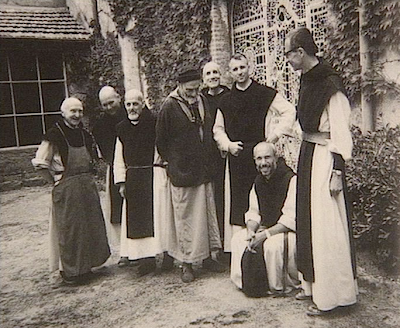 Madrid, Spain, Jan 17, 2011 / 05:01 pm (CNA).- Brother Jean Pierre Schumacher is one of two monks who escaped death in the massacre of Thibirine, Algeria in 1996. Since then, he has not ceased praying for the conversion of the Muslim extremists who killed seven members of his community.
The Trappist monk granted an interview to the Spanish weekly Alfa y Omega following the debut of the film “Of Gods and Men,” runner-up at the 2010 Cannes Film Festival. The film recounts the last three years of the French Trappist monks at Thibirine, who were kidnapped and beheaded by members of the Armed Islamic Group
Brother Schumacher, who today lives at a Trappist monastery in Morocco, escaped death because the kidnappers did not see him.
The monk was the monastery's porter at the main entrance when nearly 20 armed men broke into the building. The men entered through a different door, grabbed the security guard and forced him to guide them to the brothers’ cells.”
The monks of Thibirine were “a contemplative community,” Brother Schumacher recalled. “We did not have social lives. We worked in the fields and the garden.”
He also noted that they got along well with their Muslim neighbors. “We lived on the mountain and our relations with them were positive and very fraternal.  We were like a family.  The monastery was cloistered, but there was a janitor entertained the guests.  We attended religious services and funerals, whatever the people wanted.  We had very good relations with them,” he added.
“We had a small gardening association together with four parents who worked with us. Each one had a small plot and sold their crops. At the end of the year, we shared the sales.  It was a beautiful way of living together as a family.  We didn’t talk about religion much, but we had good relations, and it was a way for us to communicate with their families,” Brother Schumacher said.
Although he doubts his Muslim neighbors were fundamentalists, Brother Schumacher said the community was vulnerable because they were surrounded by Muslims on the mountain.
When the situation became dangerous because of the advance of extremist groups, the monks decided not to leave the monastery because their vocation was “to be with them and share their lives.”
The Trappist monk emphasized that Algeria had strong “relations between Christians and Muslims.” He noted that in the world today, if there is conflict in between cultures and religions, “it is because we don't know each other well enough.  When we mutually know each other, we are like brothers,” he said.
Brother Schumacher said he prays that the world may “progress towards universal brotherhood, that despite the differences between religions, nationalities and cultures, we may learn to know each other and mutually help each other.”
“We must forgive. God calls us to love each other,” he continued, noting that the community’s prior, Father Christian, forgave his assassins.
“Do I want to be a martyr?  Not at all.  We are here to live with the people, not to be killed,” he added 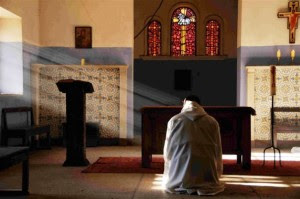 Hello colleagues, how is the whole thing, and what you wish for to say concerning this post,
in my view its actually awesome for me.