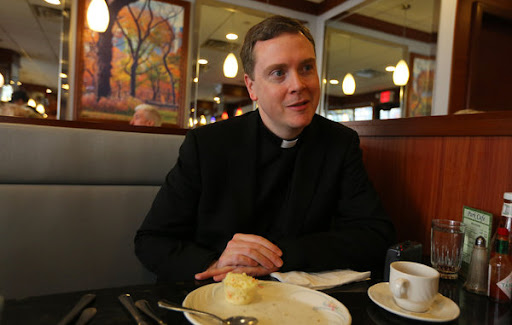 The fire radio woke my father from a well-deserved sleep and notified him of a car accident that had just occurred a quarter-mile from our home on Cape Cod. He was accustomed to being awakened by emergencies. This sort of night was familiar to him as a veteran firefighter: the adrenaline kick-start, the frantic search for his shoes, the flight to the scene. Dad was the first to arrive, several minutes before the ambulance. He found an overturned car and a driver who was confused but conscious. Quickly moving to the passenger’s side of the vehicle, he assessed the condition of the unconscious victim still trapped inside. From his years of experience he knew immediately that the injuries would be fatal. There was nothing in his experience, however, that prepared him for a more horrifying discovery: the victim was his son.

After what seemed like a lifetime for my father, the ambulance crew arrived, freed my brother from the car and transported him to the nearby hospital. A death watch followed. When it was clear that Joe was brain dead, my father ordered the removal of advanced life support and Joe died a few hours later, on July 31, 1984, the feast of St. Ignatius Loyola. He was 16 years old. The driver of the vehicle, my brother’s 17-year-old friend Kenny, was treated for minor injuries and released. Soon afterward, he was cited for six criminal infractions in connection with the accident, including vehicular homicide because he was driving under the influence of alcohol.

The following November, Kenny pleaded guilty to the charges and was awaiting sentencing. Under the Victim/Witness Act that had just been passed in Massachusetts, my father was invited to submit a statement about the impact of the event on him and his family that could be taken into consideration by the judge. Dad said that he would do so and asked to deliver it in person.

On the day of the sentencing, Dad rose and faced the judge and in a quavering voice told the court that the days between the accident—a scene “permanently etched” in his mind—and Joe’s inevitable death marked “the most horrible week of my life.” He continued:

My son Joseph was a bright, good-natured young man with enormous potential. The emotional impact of this event on my family has been devastating. Today the driver of the vehicle stands before you awaiting sentencing. He has admitted to his guilt. He was Joseph’s friend and co-worker; yet through the thoughtlessness of his actions, Joseph is dead. Kenny didn’t approach that terrible night with the thought of harming anyone, least of all his friend, but the result is that one young man is dead, our family has suffered, his family has suffered, and, not least of all, he himself has suffered. Kenny has to bear the knowledge of what he did for the rest of his life. That burden is far greater than any punishment this court could dispense. For this reason, I respectfully request that this court hear the appeal of the victim’s parent and family and impose the minimum possible sentence.

The judge granted my father’s request. Kenny received a six-month suspended jail sentence and two years of probation and was ordered to perform 1,000 hours of community service.

In the 20 years since Joe’s death, especially in these years of preparation for priestly ordination, I have often reflected on my father’s extraordinary action. It seems all the more extraordinary, because my dad is what most people would call an ordinary man. “I just did what I thought was right,” was how he recently spoke of it. But in doing what he “thought was right,” my father performed the most powerful act of Christian charity I have ever personally witnessed. Of course he would never describe it that way, but I do, because I see in it much of what Jesus meant when he spoke of forgiveness.

How was Dad able to forgive Kenny? How was Jesus able to forgive the woman at the well or the woman caught in adultery? I suspect that my father saw in Kenny what Jesus saw in the women: their humanity. Kenny was fully human in my father’s eyes. When Dad looked at Kenny, he of course saw the man who had killed his son, but he saw much more than that. He saw a kid who had killed his friend, a good kid who had made a tragic mistake. If all that Kenny was to my Dad was Joe’s killer, there would have been no hope. But my father was somehow able to see a hope-filled future, Kenny’s future, somewhere beyond the painful present. Kenny’s mistake was not all that he was or could become. In my father’s eyes, Joe’s death was Kenny’s doing, but it was not his being.

I suspect that the forgiveness Jesus asks of us begins with our seeing the ones who have harmed us in this same way, as fully human. Rabbi Harold Kushner has written that faith gives us “eyes with which to see the world.” Our Christian vocation is to see the world in exactly that way. Through the eyes of faith, we can faintly see our fellow human beings, even and especially those who have sinned against us, as God sees them. We can begin to understand that the totality of someone’s doings, however ferocious they may be, is never the total of someone’s being. We may still be hurt, afraid and angry. The feelings may linger for a lifetime. No matter how hurt, afraid or angry we are, no human being is ever a monster. We may find it difficult to love, but through the eyes of faith we can begin to see that every man and woman is always and everywhere loved as much by God as are our greatest saints. That love alone is worthy of our greatest efforts to understand and to forgive.

The world is desperate for the radical forgiveness of which Jesus spoke and my father offered Kenny. The Catholic theologian James Alison offers a helpful image in his exegesis of the biblical story of Jonah. Sometimes, he says, it is as if we are on a ship in a storm, tossed by the tempest, struggling to find our way. The passengers are frightened; some think the best way to calm the storm is to find someone they can sacrifice to the angry God. How many times do we hear people blame “them”—whoever “they” happen to be. We scurry about the deck, looking for an “other,” a Jonah we can toss overboard.

In the midst of his storm, my father could have made Kenny his Jonah, his “other,” but he didn’t. In addition to simply doing what he “thought was right,” I suspect that my Dad also knew that tossing Kenny overboard would not calm the storm inside; it would not take away the memory of that terrible night. My father knew that somehow his own healing was to be found in his act of forgiveness. In a way, Kenny’s destiny was his own: “We, though many, are one body in Christ and individually one of another” (Rom 12:5).

In the years after the accident, Kenny struggled, but he survived. He left Cape Cod and now lives a quiet life with his wife and two children in a town just outside Boston. He has written to my father faithfully for 20 years. My father does not share these letters with us. But he does like to make a point now and then of telling us that Kenny is doing O.K. and that he has made something of his life. Perhaps there’s a bit of pride in that, but I doubt it. More likely it is relief that some life has come from such a terrible death.

In a few years, I hope to be ordained a priest. As a priest, I will be privileged to hear the struggles of ordinary people during the sacrament of reconciliation. I will listen attentively, offer some words of counsel and then pronounce the words, “God, the Father of mercies, through the death and resurrection of his Son, has reconciled the world to himself and sent the Holy Spirit among us for the forgiveness of sins....” In that moment, I will also recall another father who, through the death of his son, forgave the seemingly unforgivable, allowing a shaft of light to pierce the darkness of a weary world.