THE FAST OF ST PHILIP: AN EASTERN CATHOLIC PASTORAL LETTER 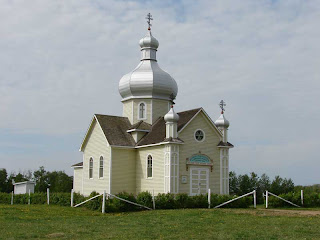 The Fast of St. Philip

All of us are familiar with the forty-day fast before we celebrate the Feast of the Resurrection of
our Lord and Savior, Jesus Christ (Pascha). This is called the Great Fast (Lent). However, in the Church
there are three other seasons of fasting, namely, the Apostles Fast (Before the Feast of Ss. Peter and Paul); the Dormition of Our Lady or Spasa Fast (August 1-15); and the Fast of St. Philip before the Feast of the Nativity of our Lord
(Christmas).

History of the Fast

Before we can consider the history of the Fast, we must remember that the Feast of the Nativity of
our Lord (Christmas) is not as ancient as the Feast of Pascha. The early Church celebrated both Christ’s
Birth and His Baptism (the Incarnation and Theophany) as a single feast on January 6. The celebration of Christmas being separated from His Baptism cannot be ascertained before the middle of the fourth century. We know that the feast of the Nativity of our Lord and Savior was first celebrated separately from the feast of the Theophany on December 25, 336 in Rome and that St. Gregory Nazianzus introduced this separate feast in Constantinople sometime between 379-388
A.D.

We also know that when St. Gregory left Constantinople, the celebration of Christ’s birth as a
separate feast was neglected and it was not reinstated until 395 by Emperor Honorius. Through the sermons
of St. John Chrysostom, we can ascertain that he introduced this separate feast in the Church in Antioch
around 380 and this was done in imitation of the Church in Rome.

Eventually, the Feast of the Nativity of our Lord began to be celebrated universally in the Church
on December 25 and the feast of the Theophany on January 6.

With the introduction of this feast, there was already a mention of the need for a preparatory
period before celebrating Christmas at the Council of Saragossa in 380. The Church fathers stated that
every Christian should go to Church daily from December 17 until the Feast of the Theophany on January
6. In 581, the Synod of Mac in present day France decreed that the fast should begin on November 11 (the
Feast of St. Martin of Tours in the Western Church) and last until December 24 and that every Christian
should fast three times a week, namely, on Monday, Wednesday and Friday. They called this preparatory
season the Fast of St. Martin. Even in the twelfth century the famous Byzantine canonist Balsamon
expressed the opinion that it would be enough for the Christian to fast only one week before Christmas.
Scholars also do not agree about the exact time when the preparatory period was developed in the
Eastern Churches. Some claim it was as early as the sixth century, others believe it was developed in the
seventh or eighth century. Even then, it was not until 1166, at the Council of Constantinople, that it was
decreed that there would be a fast of forty days, beginning on November 15 and lasting until the Divine
Liturgy on Christmas Day. Through this fast, called the Fast of St. Philip (since it begins the day after the
Feast of St. Philip) the Church would be properly prepared for a worthy celebration of the Birth of Christ.

The regulations for the Fast of St. Philip, probably formulated by the monastics, were based on the
Great Fast (Lent) before Pascha but were not as strict: no meat was to be eaten during this fast; Mondays,
Wednesdays and Fridays were days of strict fast; on Tuesdays and Thursdays, one was allowed olive oil
and wine (alcoholic beverages), but no fish. If a feast, a prefestive or a postfestive day fell on a Monday,
Tuesday or Thursday, fish was allowed, but if the feast fell on a Wednesday or Friday, only olive oil and
wine were allowed. On weekends and certain great feasts, fish, oil and wine were allowed. However,
during the Prefestive period of Christmas (December 20-24), no fish was allowed and Christmas Eve was always a day of strict fast. If November 15 fell on a Saturday, the fast began the preceding day (November 14) and if it fell on a Sunday, the Fast began on Monday in honor of St. John Chrysostom.

The Fast began with the celebration of Vespers on November 14 in the evening and was similar to
Vespers beginning the Great Fast. Great Prostrations were made during the service and the Prayer of St.
Ephraim was recited. At Matins on the first day of the fast, as well as on all weekdays not having a feast,
Alleluia was sung in place of “God is the Lord.” At the recitation of the Hours, the Penitential Hymns were
taken in place of the regular troparia and kontakia. Great Prostrations were made at all the services on
weekdays. The Divine Liturgy was not to be celebrated on the first day of the fast or on any of the
“Alleluia” days. The Liturgy of the Presanctified Gifts is only celebrated during the Great Fast (Lent).
Disagreements arose regarding the fasting regulations at the very onset.

Some said that they were monastic rules and that they should not bind the faithful. The bishops tended to agree. They decreed that the regulations were the ideal and that the faithful, if they so desired, we are allowed to eat fish throughout the entire fast but meat was still forbidden. They stated that the regulations applied only to the priests and monks. Later, it was then stated that these fasting regulations applied only to monks. Apart from the first day of the fast and on the Friday before Christmas if the feast fell on a Saturday or Sunday, the celebration of the Divine Liturgy on weekdays was also allowed in parish
churches except in the Cathedral parish and in monasteries.

We have seen in the history of this Fast how over the centuries our observance of the Fast of St.
Philip has changed. Today it is still a penitential season similar to Lent, but in practice, its observance has
gradually almost fallen away completely.

Every year Bishop Robert writes a letter to the faithful about the Fast of St. Philip. How can we
today observe this Fast? First it must be said that today there are no particular penitential acts required by
law. By tradition, the first day of the Fast, Mondays, Wednesdays, and Fridays are observed by abstinence
from certain foods. Christmas Eve is still a day of strict fast except if it falls on a Saturday or Sunday.
Therefore, in order to prepare ourselves for Christ’s Birth, Baptism and the beginning of His
public ministry, a spirit of the fast is recommended. On one or more of the traditional days of fasting why
not try to abstain from foods that you find extremely pleasing to taste or from excessive eating? Why not
set aside meat or dessert on these days? Look at the Fast of St. Philip as an invitation to humble ourselves
in some small way in imitation of Christ who “made Himself poor though He was rich, so that you might
become rich by His poverty” (1 Corinthians 8:9).

St. Paul also reminds us that “the Kingdom of God is not food and drink, but righteousness and
peace and joy in the Holy Spirit” (Romans 14:17). Thus, our preparation during the Fast of St. Philip is
more than just abstinence. Make more time for prayer and acts of charity. Visit the sick, do acts of kindness
towards your neighbors, help those who are in need of your assistance, make more time for your family.
The possibilities are endless.

As St. John Chrysostom said:
Let the hands fast, by being free from avarice.
Let the feet fast, by ceasing to run after sin.
Let the eyes fast, by disciplining them not to glare at that which is sinful.
Let the ears fast, by not listening to evil talk and gossip.
Let the mouth fast from foul words and unjust criticism.
For what good is it if we abstain from birds and fishes, but bite and devour our brothers?

Email ThisBlogThis!Share to TwitterShare to FacebookShare to Pinterest
Labels: Ukrainian Pastoral Letter (thanks to "Irenikon")

Very interesting! Thank you for your insights.