HOMILY BY ABBOT PAUL FOR THIS DAY 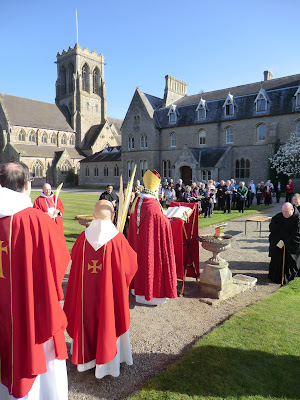 “Blessed is he who comes in the name of the Lord. Hosanna in the highest.”

I am always struck on Palm Sunday by the stark contrast between the joyful exuberance of the blessing of palms and procession to the church and the harsh reality of the Mass that follows, centred as it is on the Passion narrative, which today comes from St Mark’s Gospel. On that first Holy Week, there was nothing to prepare the disciples for what was to follow after the triumphal entry into Jerusalem. They hadn’t heeded let alone understood the words of Jesus that he would have to suffer and die so as to enter fully into his glory, not the passing glory of entering Jerusalem majestically on a donkey while, in the crowded, dusty, narrow streets, children waved palm and olive branches in the air and their parents cried out. “Blessed is he who comes in the name of the Lord. Hosanna in the highest.” No, his glory would be to suffer and die and rise again on the third day, not for himself, not for his own glory, but for our salvation, for our glory and our redemption. It would be the same crowds, that welcomed him into Jerusalem on Palm Sunday, who on Good Friday would scream, “Crucify him! Crucify him!” and mock him scornfully with their, “Hail, king of the Jews!” Indeed, they would go on to deride him, mocking, “He saved others, he cannot save himself.” What irony and what prophecy, the deepest truth unrecognised and concealed in the very words they say. On the cross Jesus did not save himself precisely because he wanted to save others.

Now St Mark’s Gospel, short and succinct as it is, contains a highly developed theology of the cross. More than Matthew, Luke and John, he emphasizes the abandonment of Jesus and how he faced his arrest, trial, condemnation, crucifixion and death alone. Earlier at Gethsemane his disciples cannot fathom his fear and great distress or understand the meaning of his words, “My soul is sorrowful to the point of death.” They fall asleep as he prays not to be put to the test, for “the spirit is willing but the flesh is weak.” He is already alone, even while Peter, James and John are still with him. He goes on to die in total isolation and, after his death, only the centurion recognises and acknowledges who he is, when he confesses, “Truly, this man was a son of God.” Where are the disciples now? Only the women are there, frightened and distraught, at a distance.

Herein lies a profound theological point: salvation is never for ourselves, least of all is it for Jesus himself. No, he suffered and died for us, for our forgiveness and salvation, not for his own. Indeed, from the moment of his death on the cross, as St Paul wrote to the Philippians, “all beings in the heavens, on earth and in the underworld, should bend the knee at the name of Jesus and every tongue proclaim that Jesus Christ is Lord, to the glory of God the Father.” The Way of the Cross, Christ’s Death and Resurrection, are comfort and salvation for all who see in Jesus the image of the unseen God, for all who know that in him God is with us.  Above all, Christ’s Passion is a great comfort for all of us who find our own cross hard to bear. What an immense consolation it is to know that it wasn’t easy for Jesus, our Lord and Saviour. It’s clear from St Mark’s Passion narrative that Jesus himself experienced human vulnerability: distress, fear, agitation and grief, even to the point of death. He begged the Father that this hour might pass him by and the cup of suffering be taken from him. As the Fourth Eucharistic Prayer puts it, “He was a man like us in all things but sin.”

Contemplating Our Lord’s Passion and Crucifixion this Holy Week, let us thank him for his sacrifice of love that cleansed us of our sins and freed us to love God as our Father and all creation as ourselves. We pray that, through the gift of the Holy Spirit, we too may give our lives in sacrifice for others, never thinking of ourselves but putting others first. Let us thank him for showing us the value and true meaning of the mystery of suffering and death, that, by patiently taking up our own cross every day and following him, we may come to share in the glory of his Resurrection as we have shared faithfully in the mystery of his Passion and Death. Amen. 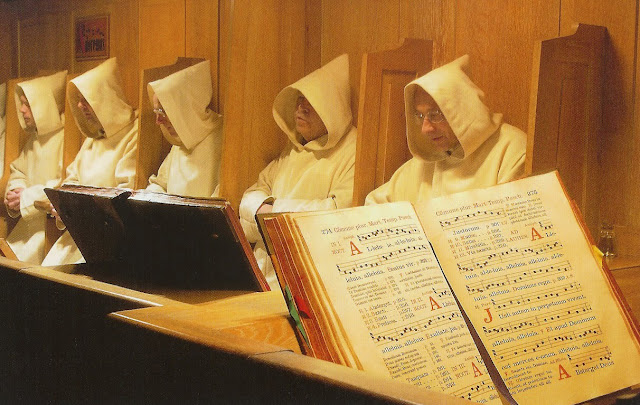