THE FIRST SUNDAY IN LENT - A


LENT 2014: Reflection for the First Sunday of Lent, March 9

Jesus’ last temptation was to trade worship for power. Satan is shown as a power broker. His message: “Center your life on the prince of worldly power, and I will let you share in this power.”

Making the border crossing into Lent is an opportunity to leave the centers of power behind and to surrender powerful ambitions. At first glance, it seems like opting for weakness. Satan shows Jesus “all the kingdoms of the world in their magnificence” — an impressive, vast, dazzling vision. But the problem with long distance viewing is that the huge swallows up the tiny. From the top of the Empire State Building, human beings look like ants. From the height of a satellite, a city looks like an ant hill. Human beings are lost in the dust.

In the life of Jesus, human beings aren’t ants. They are ordinary people with names and faces, some with withered limbs and unseeing eyes, some with dead children, some with half-dead consciences, all wounded, all needing forgiveness. But limbs can’t be strengthened, eyes can’t be healed, children can’t be raised, and sins can’t be forgiven from a mountaintop or space station.

Entering the City of Lent, our eyes adjust to a dimmer light. We gradually discover the beauty of a subtler kind of landscape. Longing to participate in the peace of Christ, we learn to turn away from whatever blinds us to each other’s faces and wounds. In rejecting the kingdoms of this world and taking on the works of forgiveness and healing, we find to our astonishment that what we thought was weakness is instead a work of great courage and strength.

The Dutch writer and philosopher Abel Herzberg tells a story of a rabbi, who, upon entering a room in his home, saw his son deep in prayer. “In the corner,” he writes, “stood a cradle with a crying baby. The rabbi asked his son, ‘Can’t you hear? There’s a baby crying in this room.’ The son said, ‘Father, I was lost in God.’ And the rabbi said, ‘He who is lost in God can see the very fly crawling up the wall.’” (Brieven aan mijn kleinzoon [Letters to My Grandson], Amsterdam, Querido, 1985)

Jesus is drawn to those others prefer not to see — like the woman “with a bad name” who followed him into a Pharisee’s house and washed his feet with her tears. “I tell you,” said Jesus, “that her sins, her many sins, must have been forgiven or she would not have shown such great love. It is the one who is forgiven little who shows little love.” Then he said to her, “Your sins are forgiven.” (Luke 7:47)

The unforgiven person is trapped in destruction. The person who wants to participate in the peace of Christ has to become deeply sensitive to the need , often unrecognized and rarely discussed, for forgiveness. Peace work is healing work. Healing is tied to forgiveness.

What “centers of power” draw you most strongly? How do these centers affect your perception of others?
Do you agree with the rabbi in Herzberg’s story that a person lost in God “can see the very fly crawling up the wall”? Who in your life exemplifies this sensitivity?
How has your local church community been drawn this year to “those whom others prefer not to see”? Toward what groups might your church extend its concern in the future? 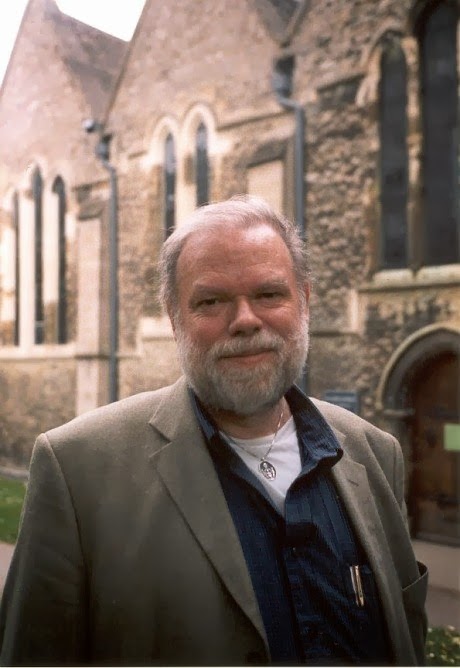 This reflection was written by Jim Forest in the booklet published by Pax Christi USA, Passage to Love: Lent 1990. This year’s Lenten reflection booklet, Embracing Possibilities: Reflections for Lent 2014, is available as a download for purchase from the Pax Christi USA website.


Reading 1 GN 2:7-9; 3:1-7 The LORD God formed man out of the clay of the ground and blew into his nostrils the breath of life, and so man became a living being. Then the LORD God planted a garden in Eden, in the east, and placed there the man whom he had formed. Out of the ground the LORD God made various trees grow that were delightful to look at and good for food, with the tree of life in the middle of the garden and the tree of the knowledge of good and evil. Now the serpent was the most cunning of all the animals that the LORD God had made. The serpent asked the woman, “Did God really tell you not to eat from any of the trees in the garden?” The woman answered the serpent: “We may eat of the fruit of the trees in the garden; it is only about the fruit of the tree in the middle of the garden that God said, ‘You shall not eat it or even touch it, lest you die.’” But the serpent said to the woman: “You certainly will not die! No, God knows well that the moment you eat of it your eyes will be opened and you will be like gods who know what is good and what is evil.” The woman saw that the tree was good for food, pleasing to the eyes, and desirable for gaining wisdom. So she took some of its fruit and ate it; and she also gave some to her husband, who was with her, and he ate it. Then the eyes of both of them were opened, and they realized that they were naked; so they sewed fig leaves together and made loincloths for themselves.

THE LETTER TO DIOGNETUS

CHAPTER V — THE MANNERS OF THE CHRISTIANS.
my source: the abstract cathedral
For the Christians are distinguished from other men neither by country, nor language, nor the customs which they observe. For they neither inhabit cities of their own, nor employ a peculiar form of speech, nor lead a life which is marked out by any singularity. The course of conduct which they follow has not been devised by any speculation or deliberation of inquisitive men; nor do they, like some, proclaim themselves the advocates of any merely human doctrines. But, inhabiting Greek as well as barbarian cities, according as the lot of each of them has determined, and following the customs of the natives in respect to clothing, food, and the rest of their ordinary conduct, they display to us their wonderful and confessedly striking method of life. They dwell in their own countries, but simply as sojourners. As citizens, they share in all things with others, and yet endure all things as if foreigners. Every foreign land is to them as their native country, and every land of their birth as a land of strangers. They marry, as do all [others]; they beget children; but they do not destroy their offspring. They have a common table, but not a common bed. They are in the flesh, but they do not live after the flesh. They pass their days on earth, but they are citizens of heaven. They obey the prescribed laws, and at the same time surpass the laws by their lives. They love all men, and are persecuted by all. They are unknown and condemned; they are put to death, and restored to life. They are poor, yet make many rich; they are in lack of all things, and yet abound in all; they are dishonoured, and yet in their very dishonour are glorified. They are evil spoken of, and yet are justified; they are reviled, and bless; they are insulted, and repay the insult with honour; they do good, yet are punished as evil-doers. When punished, they rejoice as if quickened into life; they are assailed by the Jews as foreigners, and are persecuted by the Greeks; yet those who hate them are unable to assign any reason for their hatred. -Epistle to of Mathetes to Diognetus


NE IRASCARIS DOMINE
by William Byrd
sung by the Schola of
Blackfriars, Oxford
Posted by Father David Bird O.S.B. at 04:27