LET US PRAY FOR PEACE BETWEEN RUSSIA AND THE UKRAINE

This has been put together by Jim Forest, biographer of Thomas Merton and Dorothy Day, of the Orthodox Peace Fellowship.
http://www.pravoslavie.ru/english/69036.htm 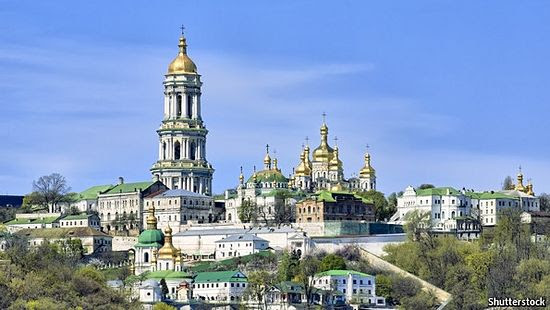 A LENTEN APPEAL FOR PEACE
Source: The Economist
What happens when different parts of a church (and in this case, a church which generally believes in obedience to earthly power) find themselves on opposite sides of a looming conflict? Over the centuries, the Orthodox church has found ingenious ways of preserving the spiritual bonds between its fractured sons and daughters while accepting that in earthly affairs, they were deeply divided. During the Russo-Japanese war of 1905, Russia's Orthodox church was happy to let its small but vigorous outpost in Japan pray for a Japanese victory; no religious ties were broken in the process. Bear all that in mind when contemplating the latest religious moves in Ukraine.

Last week, the Ukrainian Orthodox Church, the country's largest religious structure, responded to the country's dramatic political change by appointing a new acting leader. As I mentioned in an earlier posting, the cleric is question is a declared friend of Russia who enjoys the approval of Patriarch Kirill of Moscow, under whose ultimate spiritual authority he serves. Metropolitan Onufry is also, of course, an office-holder in the Ukrainian capital and the things he says will inevitably take into account of the new climate in the earthly affairs of that city. And yet, with due allowance for all those conflicting pressures, there was something poignant about the appeal (link in Russian) he made over the weekend for the avoidance of conflict between the two Slavic nations. In a message to Patriarch Kirill, he said:

Today Ukraine is without exaggeration undergoing the gravest moment in her modern history. After three months of socio-political crisis, bloody clashes in the centre of Kiev and the deaths of dozens of people, we find ourselves facing yet another trial which is no less grave. On March 1 statements were heard from office-holders in the Russian Federation about the possible despatch to Ukraine of a limited contingent of Russian troops. If that happens, the Ukrainian and Russian peoples will find themselves drawn into a confrontation which will have catastrophic consequences for our countries. As the locum tenens of the Metropolitan See of Kiev I appeal to you, Your Holiness, to do everything possible so as not to allow bloodshed on the territory of Ukraine. I ask you to raise your voice for the preservation of the territorial integrity of the Ukrainian state. At this grave hour we raise our fervent prayers to Our Lord Jesus Christ that He, through the intercessions of his most pure Mother, should protect from confrontation the fraternal peoples of Russia and Ukraine.

In response, Patriarch Kirill declared that he would indeed do everything in his power to prevent civilian deaths in "a land so dear to my heart". He offered an analysis of the unfolding drama which both converged and diverged with that of the Ukrainian prelate.

These events are rooted in the internal political crisis [of Ukraine], and in political forces' inability to tackle problems in a non-violent way. Our flock is made of people of various political views and convictions, including those who stand at opposite sides of the barricades. The Church does not side with any party in the political struggle...The blood shed in Kiev and other Ukrainian cities is the fruit borne by the seeds of hatred which the conflicting parties allowed Satan to plant in their hearts..."

Wearing a more political hat, Patriarch Kirill also contacted Oleksandr Turchynov, Ukraine's stand-in president, and voiced concern over the treatment of ethnic Russians in the country; the acting leader, a Baptist as it happens, duly responded that there was no ground for concern.

The bishops' messages were exchanged at the beginning of Lent, a time when Orthodox Christians are supposed to engage in a rigorous effort at self-examination and repentance. The fasting season begins with a ceremony in which Orthodox Christians beg forgiveness of one another for any wrongs they have committed. Whatever political expediencies may lurk in the background, the season lends extra moral weight to the prelates' appeal for peace. The sub-text of both episcopal texts is that their common flock can still belong to the same spiritual community even if they are citizens of different states that are locked in conflict.

Pray for peace between Russia and Ukraine

In Russia, Ukraine and the contested area of Crimea, passions have been running high for months, leading to many deaths and injuries. Honest and well-informed observers offer very different perspectives on what is happening and what the causes are. The injustices are many on all sides.

Without taking sides, one thing Orthodox Christians can do is pray with fervor that more bloodshed can be avoided. To help parishes and individual believers with resources for prayer, we are providing several links.

As this page develops we will try to provide helpful information that furthers understanding of the events taking place in the region to help bridge the gap through better understanding.

Special Petitions for the Increase of Love: 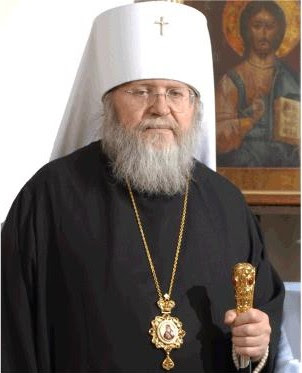 On February 26, the First Hierarch of the Russian Church Abroad, His Eminence, Metropolitan Hilarion, issued a statement encouraging the clergy of the Eastern American Diocese to add further petitions for the increase of love during the Divine Liturgy on Forgiveness Sunday. The petitions may also be used as part of a moleben that can be served upon completion of the Divine Liturgy. A special service “For the Increase of Love” can be found in the Great Book of Needs or by following the links below:
http://eadiocese.org/News/2014/march/increaseoflove.en.pdf
http://eadiocese.org/News/2014/march/kievpetitions.en.pdf

A short sermon by Fr Sergei Ovsiannikov given at the Moleben for peace held March 4 at St Nicholas of Myra Russian Orthodox Church in Amsterdam:
http://www.incommunion.org/2014/03/17/prayers-for-peace/