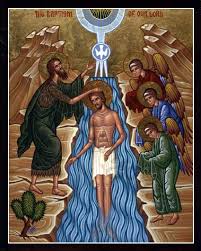 One of the most significant factors that influenced how Vatican II's documents were formed was the fact that two groups of theologians became acquainted in France. These were the Orthodox theologians who were refugees from Communist Russia, and the resourcement theologians like de Lubac, Danielou, Chenu, Yves Congar, Louis Bouyer etc. They almost certainly met at the SEmaine Liturgique that took place at the Institut Saint Serge in Paris every year; but they also contributed to the same journals etc, and there was Chevwtogne in Belgium as well. Thus phrases like "eucharistic theology", "synergy" and the three transcendentals, the good, the true and beauty are central to much Catholic theology now, having been imported from the Fathers of the Church. Here is an extremely able Orthodox theologian talking about "Beauty", which, as a reflection of God, is now a common concept, both in Orthodoxy and in Catholicism.
Posted by Father David Bird O.S.B. at 04:45