OUT OF SEASON BUT AN EXCELLENT POST ON CATHOLIC (incl. ORTHODOX)  BELIEF

The Hobbit, The Little Way and Christmas
Posted on December 21, 2012 by Philip Kosloski

As Christmas is almost upon us, here is a fitting reflection from The Hobbit: An Unexpected Journey. 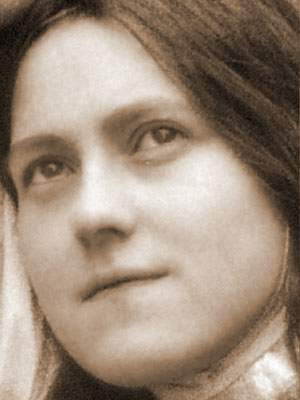 
Even though some will contest that the movie is devoid of any Catholicism, there were elements of The Hobbit that shone through as distinctly Catholic. In particular, what surprised me was the almost direct reference to Saint Thérèse of Lisieux and her “little way.” Gandalf after being questioned by Galadriel why he chose Bilbo for this journey, responds:

“Saruman believes that it is only great power that can hold evil in check. That is not what I’ve found. I found it is the small things, everyday deeds of ordinary folk, that keep the darkness at bay. Simple acts of kindness and love.”

This sounds very similar to these words of Saint Thérèse from her Story of a Soul:

“I applied myself above all to practice quite hidden little acts of virtue; thus I liked to fold the mantles forgotten by the Sisters, and sought a thousand opportunities of rendering them service.”

Even more so, here is another passage from Story of a Soul:

“Far from resembling those beautiful saints who practiced all sorts of austerities from childhood, my penance consisted in breaking my self-will, in keeping back a sharp reply, in doing little kindnesses to those about me, but considering these deeds as nothing.”

While the writers of the movie probably did not have Saint Thérèse in mind, it proves the “catholic” nature of the truth. It is indeed “universal” and goes back to the reality that God can use any instrument to bring about the salvation of the world. He can even use frail, weak, imperfect humans to portray a universal truth.

Actually, that is exactly how God works. Instead of choosing the learned, perfect and proud figures of our time to bring about the greatest good; He chooses the small, imperfect and weak souls. It is in the weakness of these souls that God is able to work the most beautiful of miracles. This is the reason why He chose people like Saint Thérèse of Lisieux and Blessed Teresa of Calcutta to be His instruments of love in the world.

Small, Weak Souls
Both Thérèse and Teresa were small souls, who allowed God to do great things through them. For example, Saint Thérèse of Lisieux spent her most influential years not as a great missionary, but as a humble Carmelite nun. She only affected a small number of religious nuns (which included her own sisters) in her lifetime, but it was in her everyday sacrifices and acts of love that Saint Thérèse has ended up affecting the lives of millions of people since her death. Her autobiography has been published in numerous languages and she has even been declared a “Doctor of the Church.” The most humorous of her accolades is that she is now the Patron Saint of Missionaries. She never left the convent! 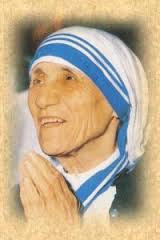 Blessed Teresa of Calcutta as well was a weak and poor soul. Most of us remember her as the small, elderly woman who served the poor in Calcutta (she was only 5′ tall). Yet, she became one of the most influential figures of the 20th century. She was even awarded the Nobel Peace Prize for her work with the poor. In fact, she even took the name “Teresa” in honor of Saint Thérèse of Lisieux. In the end, both were weak, poor souls who allowed God to do great things.

A Child is Born in a Stable

Lastly, this brings us to a fitting reflection as we celebrate the great feast of Christmas. For it was in a small, humble stable that the King of the Universe arrived as a weak human child. Christ was born in the tiny village of Bethlehem; a place barely the stature of Jerusalem or Rome. God did not choose to dwell amongst us as a glorious warrior, but a small little babe. Saint Augustine further explains the paradox,

“God chose the weak things of this world to disconcert the strong; and God chose the foolish things of this world to disconcert the wise; and God chose the low-born things of this world and the things that are not (that is, that are not counted), that the things which are might be rendered vain (1 Cor 1:27-28). For He had come to teach humility and overturn pride…He chose to be born of that woman who had been betrothed to a carpenter. So He did not choose important family connections, or this world’s aristocracies would have taken it as justifying their pride…So He chose the weak, the poor, the unlearned; not that He left out the strong, the rich, the wise, the wellborn; but if He chose them first they would imagine they were chosen for their wealth, for their property, for their family connections, and puffed up about these things they would not have received the healthy condition of humility.”

Will hobbits save the world?
Indeed, Tolkien knew this too and chose to have as his main protagonist a weak, small, imperfect hobbit. He did not choose a great man, elf, or dwarf to save the day, but a hobbit. So this Christmas we realize that true power and influence do not come with wealth, connections or even having many things. Instead, it comes from surrendering to God our weaknesses and allowing Him to shine through us, humbly taking the back seat while He takes the driver’s seat.


Share and Enjoy
(INTO THE WEST an excellent blog)
Posted by Father David Bird O.S.B. at 03:07