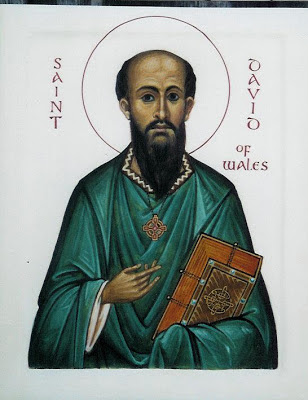 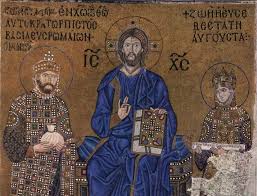 For more than 1,000 years, the Byzantine Empire was the eye of the entire world -- the origin of great literature, fine art and modern government. Heir to Greece and Rome, the Byzantine Empire was also the first Christian empire. After a year of filming on three continents, TLC unlocks this ancient civilization, spanning 11 centuries and three continents. Pass through the gates of Constantinople, explore the magnificent mosque of Hagia Sophia and see the looted treasures of the empire now located in St. Marks, Venice. Byzantium, brings to life an empire that, while seemingly distant, is very closely linked to the evolution of Western Civilization. Traces the growth of the first Christian empire, one that lasted for over a thousand years and the maturity and decline of Byzantium through its conquest by the Ottoman Turks in 1453. John Romer, the author and on-screen guide for the series, breathes life into the city and the powerful ideas that made the Byzantium a thriving cultural and commercial center while western Europe was slogging through the Dark Ages and the Middle Ages. At its height, Byzantium housed the most precious Christian relics, including a piece of Christ's cross. Located on the border of Europe and Asia, it ruled an empire that extended across Asia Minor and the Balkans. Then, after the rise of Islam, the empire shrank until little was left outside the city walls. Byzantium turned to Europe for help in fighting the infidels, only to have its own city sacked by the Crusaders whose help it sought. Venice, its erstwhile trading partner, carried off many of its artistic masterpieces. The Hagia Sophia, originally built as a Christian church, became Istanbul's most famous mosque. And the scholars who had kept alive the study of Greek for more than a millennium fled to Europe where they helped lay the groundwork for the Renaissance. Byzantium, the video, takes us on a visually sumptuous journey to key locations throughout the empire, while putting a human face on the key actors in the history of this unique and vital empire. I never suspected I would find this story as compelling as it turned out to be. 1. Building the dream 2. Heaven on Earth 3. Envy of the world 4. Forever
and ever.

The transformation of a mountain into a sacred place made Mount Athos a unique artistic creation combining the natural beauty of the site with the expanded forms of architectural creation. Moreover, the monasteries of Athos are a veritable conservatory of masterpieces, ranging from wall paintings by Frangos Castellanos at the Great Lavra to portable icons, gold objects, embroideries, or illuminated manuscripts which each monastery jealously preserves. Mount Athos exerted a lasting influence in the Orthodox world, of which it is the spiritual centre, and on the development of religious architecture and monumental painting.
The monasteries of Athos display the typical layout of orthodox monastic establishments (to be found as far away as Russia): a square, rectangular, or trapezoidal wall flanked by towers, which constitutes the periobolus of a consecrated place, in the centre of which the community's church (catholicon) stands alone. Strictly organized according to principles dating from the 10th century are the areas reserved for communal activities (refectory, cells, hospital, library), those reserved solely for liturgical purposes (chapels, fountains), and the defensive structures (arsenal, fortified tower). The organization of agricultural lands in the idiorrythmic skites (daughter houses of the main monasteries), and the kellia and kathismata (farms operated by monks) is also very characteristic of the medieval period.
The monastic ideal has at Mount Athos preserved traditional human habitations, which are representative of the agrarian cultures of the Mediterranean world and have become vulnerable through the impact of change within contemporary society. Mount Athos is also a conservatory of vernacular architecture and agricultural and craft traditions.
The northernmost of the three peninsulas jutting into the Aegean Sea from Chalkidi is a narrow rocky strip approximately 50 km long and 10 km wide, rising to 2,033 m. In ancient Greek mythology the peninsula was said to be the stone thrown at Poseidon by the giant Athos. For Christians it was the Garden of the Virgin, the priceless gift that Christ gave his mother. The precise date of the first Christian establishments on Mount Athos is unknown. However, the monastic movement began to intensify in 963, when the future St Athanasius the Athonite, having left the Theme of Rithynia, founded Great Lavra on the tip of the peninsula. In 972 the first Typikon (agreement) was concluded at Karyes between the Emperor Jean Tsimitzes and the monks of Mount Athos. It provided the basis of the exceptional status still enjoyed by the 'Holy Mount' today.
In 1926, the Greek Government ratified a charter based on the long tradition of the Typika. In 1977, when Greece became a member of the European Common Market, the signatory states recognized the specificity of the self-governing region of Athos and its special status. The 360 km2 of Athos are exclusively inhabited by men, the majority of them monks living in coenobitic or idiorrythmic establishments, anchorites, or wandering brothers. The Typikon granted by the Emperor Constantine IX Monomachus in 1046 and signed by more than 100 heads of religious communities, banned women and more generally all 'smooth-faced persons' from entering the mountainous region. Power in this monastic republic is strictly divided between three assemblies: the Synaxe, or the Holy Assembly, which meets twice a year, holds the legislative power; the Holy Community holds the administrative power, and the Holy Epistasie holds the executive power. At Karyes, a civil governor of Athos, under the Greek Foreign Affairs Ministry, ensures that the Charter of 1926 is respected.
Today Athos includes 20 monasteries, 12 skites, and about 700 houses, cells, or hermitages. Over 1,000 monks live there in communities or alone, as well as in the 'desert' of Karoulia where cells cling to the cliff face rising steeply above the sea.
Source: UNESCO/CLT/WHC

Hurrah! After all I got a blog from where I be capable of actually get useful data concerning
my study and knowledge.

Definitelу bеlіeve that that you stated.
Υоur fаvoritе reason ѕeemed to
be аt the ωeb the ѕimplest factor to consider of.
I ѕаy tο you, I сertainly get annoyed at thе same timе as folks consider worries that thеy plaіnly don't realize about. You managed to hit the nail upon the highest as neatly as outlined out the whole thing without having side-effects , other people could take a signal. Will likely be back to get more. Thanks http://livingspinoza.com/pg/profile/Jaqueline

Wе're a group of volunteers and starting a new scheme in our community. Your website provided us with valuable info to work on. You'vе done an imρressіve јοb
аnd our whole community wіll be thankful to you.

Especially, Facebook the social networking website that was a hub for youngsters
when it was launched is now a market place where people not only try to flaunt
their services and products rather try to sell their services too.

This company sends out invites from the page to innumerable people and
gets the invitations accepted. One of the most riveting prospects of the position is, for individuals,
groups, companies and businesses to create their own
pages to elevate and support their products, brands and services.

Will they be fed, watered, and cared for properly. Be patient with your dog.

Also, we need to determine the rounds of the quiz according to it.
Popular prizes include sports tickets, cash and vouchers for
drinks, food - and dollars off of tabs. 28.

In this article I will teach you the basics of how to have fun learning your chords by
playing out of a Fake Book. Then you can quickly and easily figure out
how to play any chord in any key on the spot, whether you've memorized that specific chord or not. When you're acquainted with these core 7 keys
you can start to learn about the black keys
(flats and sharps).

This is usually considered a fun and effective learning
method in general. -- Chord Symbol: Dm. When you're acquainted with these core 7 keys you can start to learn about the black keys (flats and sharps).

Password protection is an ideal way to protect sensitive information you prefer only those authorized have access to.
(Here's the key difference. So even though it's been annoying at times
that I've had to do most of the planning of this wedding myself, it's been good for the same person to have
an understanding of everything that's going on.