Ukraine: Head of the Greek-Catholic Church praises relations with the Orthodox Church 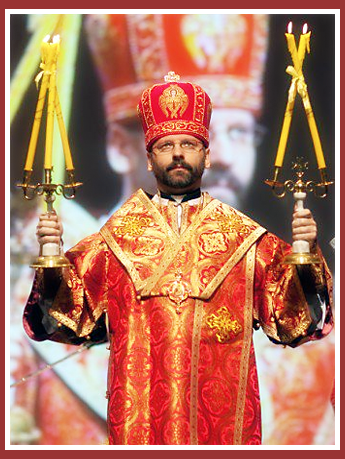 Ukraine: Head of the Greek-Catholic Church praises relations with the Orthodox Church

"Excellent" was how Patriarch Sviatoslav, the head of the Ukrainian Greek-Catholic Church, described its relations with the Orthodox Church during a visit to the headquarters of the international Catholic charity Aid to the Church in Need (ACN). Relations have never been as good as today, he said. The task of maintaining these friendly and brotherly relations lay especially close to his heart, the Patriarch emphasised.

Ukraine can look back at a history of over a thousand years of Christianity. But in the last century it went through a period of aggressive atheism. According to Patriarch Sviatoslav, it is the special responsibility of the Christian Churches to "rediscover these Christian roots and to find new ways to reveal their presence in society as Christians."

"At a time of uncertainty, when many people feel that processes occurring in society can no longer be controlled, great faith is placed in the Christian Churches. According to opinion surveys, more people trust me than the President, he said. Since the Church is not dependent on the state, It can "tell the truth and play an important role in society." Christianity has an important role to play for the national unity of the Ukraine. "We are politically neutral, but we teach Christian social values, preach the Gospels and defend those who cannot defend themselves," he explained. In order for it to be able to perform these tasks in an authentic way, priority is given to the good training of priests.

At the same time, the head of the Ukrainian Greek-Catholic Church, which is in full communion with the Holy See, thanked ACN for the assistance that the charity has provided Ukraine for many years. He expressed special praise for the founder of ACN, Father Werenfried van Straaten, who died in 2003. Patriarch Sviatoslav described himself as "a fruit of the work and beneficence of Father Werenfried"; after the collapse of the Soviet Union he was able to study for his doctorate in Rome with a scholarship from ACN, subsequently to return to his homeland as the first Doctor of Theology where he rebuilt the seminary of Lviv, also with the aid of ACN. 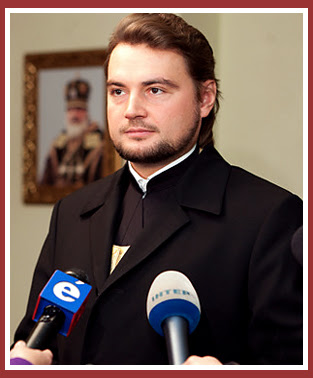 The Head of the Department of External Church Relations of the Ukrainian Orthodox Church-Moscow Patriarchate (UOC-MP), Secretary of the Head of UOC-MP, Archbishop Oleksandr (Drabynko) of Pereiaslav-Khmelnytskyi and Vyshneve commented to the newspaper Day on the present situation in UOC-MP.

The archbishop said that the condition of the primate is improving thanks to the operation and that it is “already better than it was before.”

As for the canonical status of UOC-MP, the hierarch stated that “the status enjoyed by the Ukrainian Orthodox Church today thanks to the weighed external and internal policy of Metropolitan Volodymyr is quite sufficient. Obviously, within UOC, there are differences in the vision of its past and present. And to avoid imbalance, it is necessary to keep up the policy of his Beatitude.”

Archbishop Oleksandr welcomes the establishment of contacts between UOC and UGCC. “I am acquainted with Patriarch Sviatoslav. He made a very pleasant impression. We have many common subjects to talk about as we live in the same country and have same problems. And when we begin to settle them together as Christians, we manage to do it better than when we do on our own. There are also some relations at the local level, between our communities who conduct some social work in towns and villages. But they are situational. Yes, we have many things in common, but there are a number of problems which are still unsettled and hinder further cooperation,” said the hierarch.

As for the relations with the Orthodox of the Kyivan Patriarchate, he said that “as of today, there are no relations except knowing each other.” According to Archbishop Oleksandr, “on the general scale, the preparation of the dialogue has been frozen. For certain reasons. But, subjectively, I would like inter-denominational dialogue to be conducted in our state.”