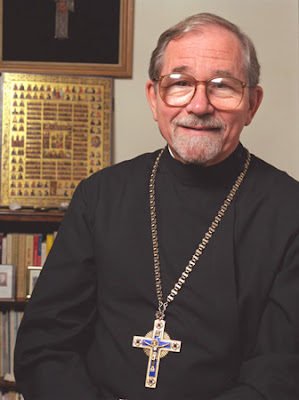 The following essay appeared in the International Herald Tribune on April 19, 2005
John Paul II and His Successor
ELLWOOD CITY, Pennsylvania – As the cardinals of the Roman Catholic Church cloister themselves to choose a successor to John Paul II, we may ask one more time what it was about the late pope that elicited the love and respect of millions of people, including many not sharing his convictions. And what it was about him that also produced the confusion, as well as the contempt, of many, including some identifying themselves as Christians, and Catholics.
I'm convinced that the answer to this question is found in a little book by C.S. Lewis, published in 1944, "The Abolition of Man." It is also found in Karl Stern's spiritual autobiography "The Pillar of Fire," first printed in 1951, especially in the addendum called a "Letter To My Brother." And it is found in the early writings of Alexander Solzhenitsyn.
Lewis, Stern and Solzhenitsyn were all committed Christians. But these writings are not about Christianity as such. They are about a vision and experience of human life in our modern, and now postmodern, European and North American worlds that are being enforced, and emulated, all over the earth.
The conclusions of Lewis's "reflections on education" may be clearly stated. If students absorb, however unconsciously, what they are taught in modern schools, the result will be a world of "men without chests." People will no longer be human in the traditional sense, he said. They will be deprived of the uniquely human intuitions of goodness, truth and beauty that their humanity obliges them to acknowledge, honor and serve. They will be nothing but brains and bodies, computers and consumers, calculators and copulators. They will be conquered by the very nature they strive to conquer in the name of freedom and autonomy, as they constantly reinvent humanity under the enslaving control of their elite conditioners.
Karl Stern put it a bit differently. In 1951, before the self-destruction of Communism, the mass production of computers, the construction of the Internet and the proliferation of genetic projects, Stern claimed that Western societies, and the societies that they would inevitably come to influence and control, held out only four possibilities for human beings. One is despair, moral nihilism and suicide. Another is nationalist ideology and sentiment that would bring nothing but suffering, destruction and death. Another is the Marxist materialism that would attract myriads of good-willed idealists but would prove itself corrupt to the core. The fourth possibility was what Stern called "rationalist pragmatism" and "scientism," which he predicted would be actualized in a "global experiment" that would produce a "form of nihilism unequaled in history." "Compared with it," he wrote, Nazi Germany and Communist Russia, "would look like children's playgrounds. Man's life on this earth would come about as close to the idea of hell as anything on earth may.".Solzhenitsyn described the same thing artistically. His world was not only Communist Russia; it was humanity as such. His heroes are human beings who in Lewis's terms still have "chests." His villains are ideologues, hypocrites and liars, whom he characterizes as wholly "without an upper story." He said that the Russian "Baba" identified the cause of the world's problems when, seeing evil in the village, she would shake her head and solemnly declare that we "have lost the likeness."
What this has to do with Pope John Paul II is clear, at least to me. The masses, whatever their religious convictions, admired and loved the late Pope, and mourn his passing with apprehension, because they saw him to be a man with "a chest" and an "upper story" who preserved "the likeness." And those who found him bewildering, as well as those who despised and scorned him, did so, and still do, for the very same reasons.
Pope John Paul II was not only a human being, but, amazing to say, he was a male human being in a world where prominent and popular people, particular men, are hardly human. He was the polar opposite of the men, and now also the women, who are ready to do whatever it takes to get whatever they want for the sake of personal power, position, prestige, profit and pleasure.
Whatever he was, John Paul II was not an ideologue, politician, actor or media manipulator. He did not continually remake himself for self-serving purposes. He never lied in word, deed or gesture. He did not act to be seen by people, yet he was not afraid to act as he saw fit to be seen. He did not pray to be observed by people, yet he was not afraid to be observed praying, or laughing, weeping, drooling, groaning or gasping for breath.
Pope John Paul II embraced everyone in the same way. He was not a man of contradictions, as many think, but was all of one piece. His convictions on sexual morality, for example, were wholly consistent with his views on war and peace, art and science, and politics and economics. In a word, whatever he was, the pope was what he was. That is why the masses adored him, while others despised him.
We will soon see if there is another like John Paul II among the cardinals of the Roman Church. We hope that there is, however he may differ in manner and style from the late pope. Our common humanity depends largely on there being such a man.
(Reverend Thomas Hopko is former dean of St Vladimir's Orthodox Theological Seminary in Crestwood, New York.)
Posted by Father David Bird O.S.B. at 20:23