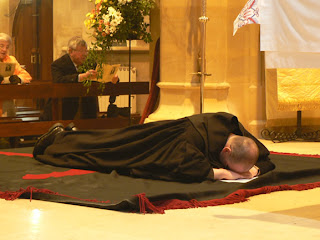 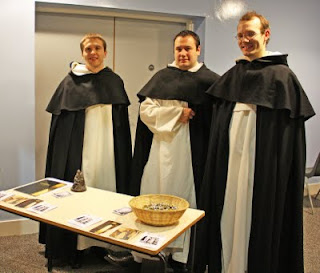 A new study of Roman Catholic nuns and priests in the United States shows that an aging, predominantly white generation is being succeeded by a smaller group of more racially and ethnically diverse recruits who are attracted to the religious orders that practice traditional prayer rituals and wear habits.

The study found that the graying of American nuns and priests was even more pronounced than many Catholics had realized. Ninety-one percent of nuns and 75 percent of priests are 60 or older, and most of the rest are at least 50.

They are the generation defined by the Second Vatican Council, of the 1960s, which modernized the church and many of its religious orders. Many nuns gave up their habits, moved out of convents, earned higher educational degrees and went to work in the professions and in community service. The study confirms what has long been suspected: that these more modern religious orders are attracting the fewest new members.

The study was already well under way when the Vatican announced this year that it was conducting two investigations of American nuns. One, taking up many of the same questions as the new report, is an “apostolic visitation” of all women’s religious orders in the United States. The other is a doctrinal investigation of the umbrella group that represents a majority of American nuns, the Leadership Conference of Women Religious.

The new study, being released on Tuesday, was conducted by the Center for Applied Research in the Apostolate at Georgetown University, for the National Religious Vocation Conference, which is looking for ways for the church to attract and retain new nuns and priests. It was financed by an anonymous donor.

“We’ve heard anecdotally that the youngest people coming to religious life are distinctive, and they really are,” said Sister Mary Bendyna, executive director of the Center for Applied Research in the Apostolate. “They’re more attracted to a traditional style of religious life, where there is community living, common prayer, having Mass together, praying the Liturgy of the Hours together. They are much more likely to say fidelity to the church is important to them. And they really are looking for communities where members wear habits.”

Of the new priests and nuns who recently joined religious orders, two-thirds chose orders that wear a habit all the time or regularly during prayer or ministry, the study found.

The study also showed that whites account for 94 percent of current nuns and priests but only 58 percent of those in the process of joining orders.

Asians and Pacific Islanders are disproportionately represented among the newcomers, accounting for 14 percent, far above their 3 percent share of the Catholic population in the United States, Sister Bendyna said.

“People come to religious life because they feel they’re being called,” said Brother Paul Bednarczyk, executive director of the National Religious Vocation Conference, adding that the purpose of the church’s training process “is to discern that call before a commitment is made.” So “it’s not surprising,” he said, “that you would have people that would leave.”
h/t Cathcon
Posted by Father David Bird O.S.B. at 18:24