EVANGELISATION IN A SECULAR WORLD by FATHER ROSICA with videos on tha same subject by FATHER ROBERT BARRON and THE ARCHBISHOP OF CANTERBURY: ALL IN FULL AGREEMENT

Fr. Rosica’s Address at the Theological Symposium in Cebu – The Field is the World: Evangelizing the Secular World 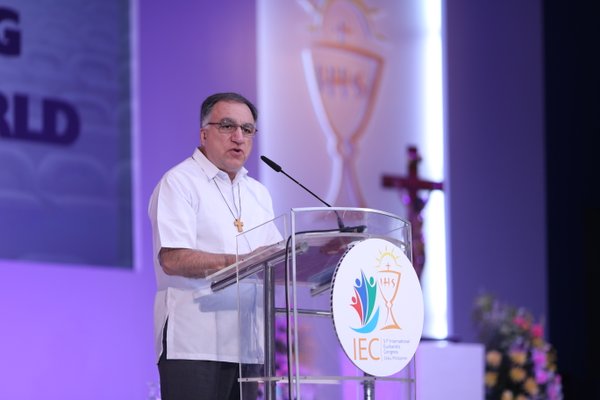 Fr. Thomas Rosica, CSBOrdained a priest in the Congregation of St. Basil in 1986, Fr. Thomas Rosica, a native of Rochester, New York, holds advanced degrees in Theology and Sacred Scripture from Regis College in the University of Toronto, the Pontifical Biblical Institute in Rome and the Ecole Biblique in Jerusalem.  Fr. Rosica has lectured in Sacred Scripture at Canadian Universities in Toronto, Windsor and London and served as Executive Director of the Newman Centre Catholic Chaplaincy at the University of Toronto from 1994-2000.
In June 1999, he was appointed by the Canadian Conference of Catholic Bishops as the Chief Executive Officer and National Director of the World Youth Day and the Papal Visit of Pope John Paul II, that took place in Toronto during July, 2002.  On July 1, 2003, Fr. Rosica became the founding Chief Executive Officer of Salt and Light Catholic Media Foundation, Canada’s first national Catholic Television Network.
Appointed by Pope Benedict XVI to the Pontifical Council for Social Communications in 2009, Fr. Rosica also served as Media Attaché at four Synods of Bishops at the Vatican in 2008, 2012, 2014 and 2015. Since the Papal Transition in 2013, he has been English language Assistant to Holy See Press Office. Fr. Rosica is a member of the Standing Committee on Communications for the Canadian Conference of Catholic Bishops and a member of several Boards of Governors of Institutions of Higher Learning, including the Board of the Gregorian University Foundation in Rome.