THE HEART OF JESUS AS TENDER MERCY by John of Ford

Forde Abbey, Dorset.
(This sermon should please the feminists!!)
John of Ford (c. 1140 – 21 April 1214) was the prior of the Cistercian monastery of Forde, then from 1186 abbot of its daughter house of Bindon, and between 1191 and 1214 the abbot of Forde. He was a friend and ally of King John during the papal interdict, receiving remuneration from the king.[1] While prior he wrote a biography of the local anchorite Wulfric of Haselbery (theVita Wulfrici anchoretae Haselbergiae), and while abbot he completed the series of sermons on the Song of Songs begun byBernard of Clairvaux and continued by Gilbert of Hoilandia with 120 sermons on his own from the fifth chapter through the end of the book. These last have been published in English in seven volumes edited by Wendy Mary Beckett.

We cannot know but that the heart of our God is all tender mercy.,   It is something we must never forget.  It is how the "Daystar" Jesus came to us and comes to us still.   How great the heart, how wide, how incomprehensible.  In the nature of things, what can be imagined as being more loving than the heart of a father  or the heart of a mother.   Such are the riches if God's heart that he has bound us to himself by a double cord of love both as a father, shaping us in his own image and likeness; and as a mother carrying us in the womb and bringing us to birth, even at the cost of suffering. 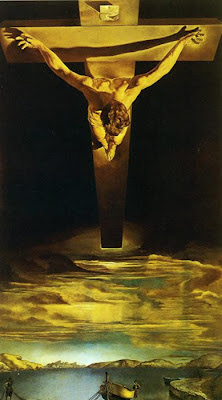 Let us come to the very words of incarnate Wisdom, words sweeter than honey.   His passion was close at hand and he was on the point of going down into that vast ocean of suffering.   Yet he comforted his little ones with words so tender; he gave them such gentle teachings about love; he encouraged them with such gracious promises of soon sending the Holy Spirit, that he might well be considered as opening the floodgates of his heart.   When he had finished speaking, he turned to pray to his Father with greater privacy and earnestness.   At that time he was completely overcome with maternal love, enduring in his breast indescribable pangs of an utterly overwhelming affection at having to abandon them like orphans and be turned away from those for whose sake he did not hesitate to die.

St John was privileged both to witness and relate all that Jesus said in that lengthy prayer which breathed out solely love and tender mercy.   The heart of Jesus is his love, but his "womb" is his mercy.

So we too who now appear on the scene after so many centuries, we too are held in his womb of infinite tenderness, and indeed, through his mercy, were held within it even then.   In his breast, Jesus held out to his Father, not only every child of Israel, but also all those who through their word come to believe in him.