HOMILY FOR THE SOLEMNITY OF THE NATIVITY OF ST JOHN THE BAPTIST, JUNE 24th 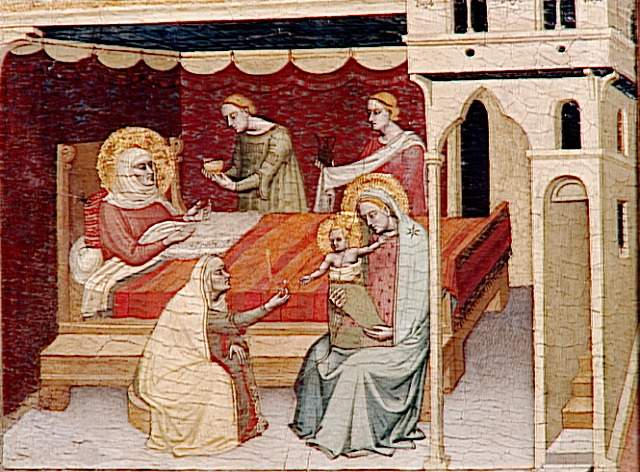 There are two persons in the New Testament presented to us as models of all that is essential in the Christian life. Both have their spiritualities summed up in a single sentence for our benefit, and the liturgy has furnished us with an outline of their lives from their conception to the moment they entered heaven.   They are Our Lady and St John the Baptist.

In Mary we see the flowering of Old Testament holiness  which was given to prepare for Christ's coming, and this becomes New Testament holiness when, by her humble assent to the angel's message, she allows God to act in and through her, and she becomes Mother of God.   God the Father awaits her reply which comes out of the very depth of her being, "I am the handmaid of the Lord.   Let it be done to me according to your word."   From that moment, human nature was united for ever to the divine nature, and Jesus was conceived.   She is our model because we too must give our assent in the same way to God's call so that God can work in and through us.   Only if we permit God's word to work in us can there come about our harmonious cooperation with the action of the Holy Spirit which enables us to live as sons and daughters of God.   She was totally dependent on the Spirit in order to become Mother of God.   We are just as dependent on the Spirit to fulfil our vocations as Christians.


However, unlike the Virgin Mary, in order to give this assent and to live by it, we need to change, and to change radically; and this change is a life-long process.   As Blessed John Henry Newman said, "Change is the only sign of life, and to be perfect is to have changed much."   St John the Baptist is patron saint of interior change, of conversion.   His message can be summed up in his own statement, "I must decrease, but he (Christ) must increase."   This is the shortest, the clearest, the best summary of the Christian life in the New Testament.   It is what monastic life is all about.   It is the radical rule of life for all Christians.    It is the most important God-given rubric for priests who celebrate Mass

The vocation of st John the Baptist  is a prophetic one.   He called on the people of his time to completely change their priorities in preparation for the coming of Christ; and, through the liturgy, his challenge is addressed to us.


He challenges us to radically change in those areas of our lives where Christ has not yet been invited in or where he has been quietly squeezed out.   He warns us that there is no time or room for delay or for beating about the bush.   The time for conversion is now. He also reminds us that we have a vocation to help prepare people, in our families, among our friends and acquaintances and in whatever situation we may find ourselves, so that Christ may be allowed to enter in.  This vocation is just as prophetic as his was; but we can seek his intercession and help in this prophetic task. 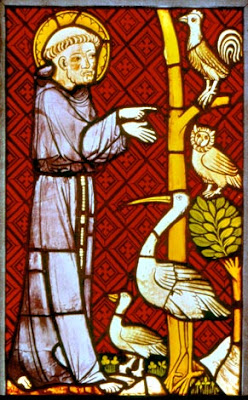 As Lenin lay dying,  the French ambassador of the time tells us, he looked back on his life and said, "We were fools.   We believed that Russia would be saved by thousands of card-carrying communists, when all that was needed were twelve people like St Francis of Assisi!"   What Lenin did not know was the source of St Francis of Assisi's attraction.   The truth is that St Francis had stripped from himself all that was not Christ, following in the footsteps of St John the Baptist, and this allowed Christ to work in him to change history.   In this, St Francis belonged to a great tradition.   Europe was not converted by programmes, meetings, congresses,  theological discussions or great events.   It was converted by monks and hermits whose lives were centred on God and whose preaching was the fruit of prayerful silence.   St Boniface, who converted Germany and Holland, did not begin his mission by going to a centre of population to start a high-profile missionary campaign. .   He sought out an uninhabited marshland called Fulda to build his monastery where his monks could immerse themselves in prayer, and from which  they could go out to preach.  St John the Baptist started to live the message given him by God long before he preached it.  Like St John the Baptist, the monks' way of life gave an authority to their words that the words by themselves would never have had.   St Francis said that we should preach the Gospel all the time, and, when necessary, with words.  St Anthony of Padua said that there are too many words clamouring for peoples' attention, so that our main way of preaching must be the quality of our lives.     Blessed Charles de Foucauld said that we must proclaim the Gospel with our lives.   In the twentieth and twenty first centuries, encyclicals, congresses, discussions and great events are a help to many who are already Christians; but for the great masses of people, a single photo of Mother Teresa of Calcutta praying, or with a baby in her arms, or among lepers is worth a thousand papal encyclicals as an evangelising tool.   People who knew her, even Hindus, said that they were conscious of God's presence when they were near her, and her words were listened to because of who she was and her closeness to God. 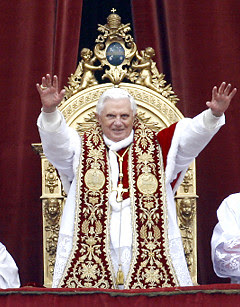 Pope John Paul II and Pope Benedict XVI have urged on the Church a "New Evangelization" to win back a Europe that appears to be losing the Faith.  Any campaign to win back Europe and the West will fail, will be a waste of time, if it is simply a matter of publications, declarations and news-worthy events.   Any serious mission to re-convert Europe must begin with us, must  begin with me.   And I shall fail to re-convert me if I try to live the life of the Blessed Virgin without living that of St John the Baptist. We cannot live like Mary in humble obedience to the Holy Spirit  so that he will enable us to do what ever he wants doing, while, at the same time, forgetting to live like John the Baptist by living a life of conversion, by changing our priorities so that Christ may live in us and work through us more and more. 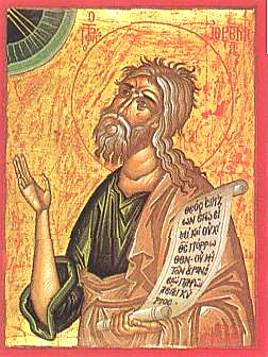 All of us have a vocation.   Like Jeremiah and St John the Baptist, each of us was called by God while still in our mother's womb, to do things in harmony with the Holy Spirit that we could never have done by ourselves.   We have even been called to do things that we dont know we are doing.   Once we put ourselves in his hands, God uses us whether we know it or not.


The context in which we now hear the call is the New Evangelization. If we want to be instruments capable of bringing about such a change in a world so very much bigger than we are, we must accept St John the Baptist's challenge.   We must decrease and Christ must increase.   Then, according to our vocation, we must respond, taking part in whatever the Church wants us to do but remembering that the conversion of the world does not begin by converting "them": it begins by the conversion of you and  me.   What Lenin noted but did not understand is that, once we are completely pliable in God's hands, he can do anything he wants through us, and the size of the task and the numbers involved are not an obstacle to his will. If we wish to truly celebrate the solemnity of the Nativity of St John the Baptist in a manner befitting its importance, let us honour the saint by looking at those areas of our lives where our wishes, desires or ideas hold sway and where Christ is not yet Lord.   Let us choose one of them and address it thus, "The ax is already at the root of the trees, and every tree that does not produce good fruit will be cut down and thrown into the fire."   Let us, then, ask St John the Baptist to support us with his prayers and then let us do everything possible to bring about a change of priorities in this area, so that Christ is allowed to be Lord and we become his instruments.

St John the Baptist,on the solemnity of your Nativity,        pray for us