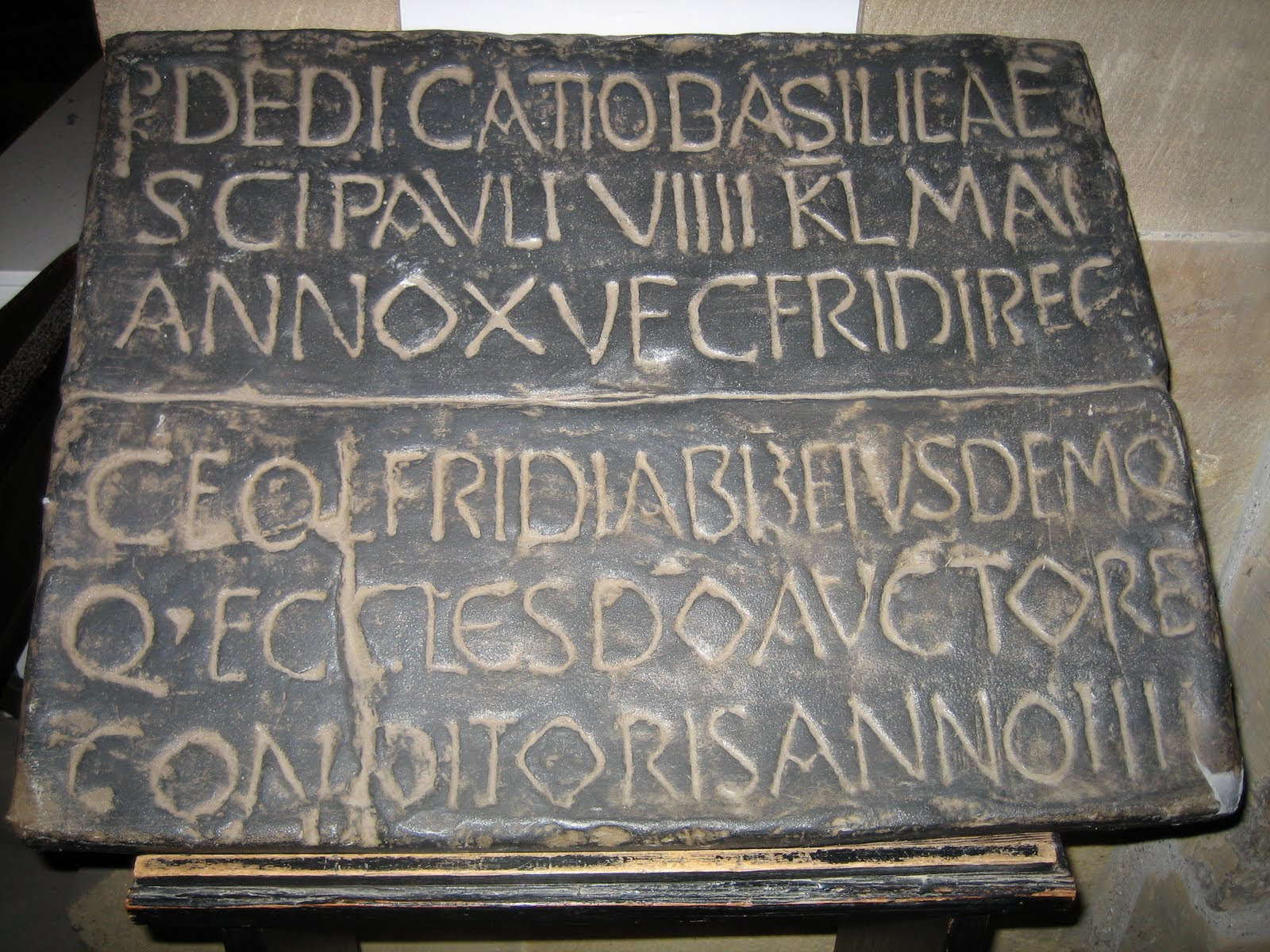 my source: iBenedictines (with apologies to the good nuns who wrote the article)

This little miniature of St Benet Biscop shows him holding a church. A typical medieval motif, you might think; except that this church is not one of the monastic churches he built in Northumbria but is meant to represent St Peter’s in Rome. Benet is an early example of the strong link between the English Church and the papacy. Even today, we have an annual Peter Pence collection which traces its origins back to Anglo-Saxon times and is a mark of England’s special regard for the successor of St Peter.

Benet Biscop was an unusual man. He travelled to Rome five times in the course of his life (c. 628-690), not an easy or safe journey to make, but he was no mere tourist. In addition to praying at the tombs of the apostles, he collected manuscripts, masons, teachers of music, glaziers and other skilled craftsmen, so that his monastic foundations at Wearmouth and Jarrow became outstanding examples of the latest and best in architectural design and monastic practice. His work for the library laid the foundations of Bede’s scholarship; the Codex Amiatinus, the earliest surviving manuscript of the complete Vulgate Bible is a production of the Jarrow scriptorium (it actually lacks the Book of Baruch, but that is a mere bagatelle compared with what it does contain).

It is not this, however, that made him a saint. Contemporaries remarked on his patience as much as his ability, especially during the last three years of his life when he was bedridden. In his lifetime he saw the Church become more united. The division between Roman and Celtic forms of observance was healed; the challenge posed by paganism declined; the two years he spent in Canterbury with Theodore of Tarsus were important for the organization of the Church in this country; and as a monk, who took the name Benedict, he is honoured as having admitted the genius of Benedict of Nursia.

There was something recognizably English about Benet in both his ability and his piety. Bede’s description of Benet should inspire us all. He describes him as being “full of fervour and enthusiasm . . . for the good of the English Church.” Many of our Catholic “opinion makers”, bloggers and the like, seem to have forgotten that in their eagerness to score points off one another or advance their own view of what others should do. St Benet Biscop’s example should encourage us to lay aside all sniping and carping to practise the good zeal which alone builds up.


Here is an Anglican version of St Benet Biscop that manges to inform us without mentioning his special relationship with the Pope.
Posted by Father David Bird O.S.B. at 06:42