thomas mertom and st maximus the confessor and love of enemies

[excerpts from a six-page Merton essay titled “Saint Maximus the Confessor on Nonviolence” published in Thomas Merton On Peace, edited by Gordon Zahn and published in 1971 by McCall and reissued, in a revised, retitled edition -- The Nonviolent Alternative -- by Farrar Straus Giroux.] 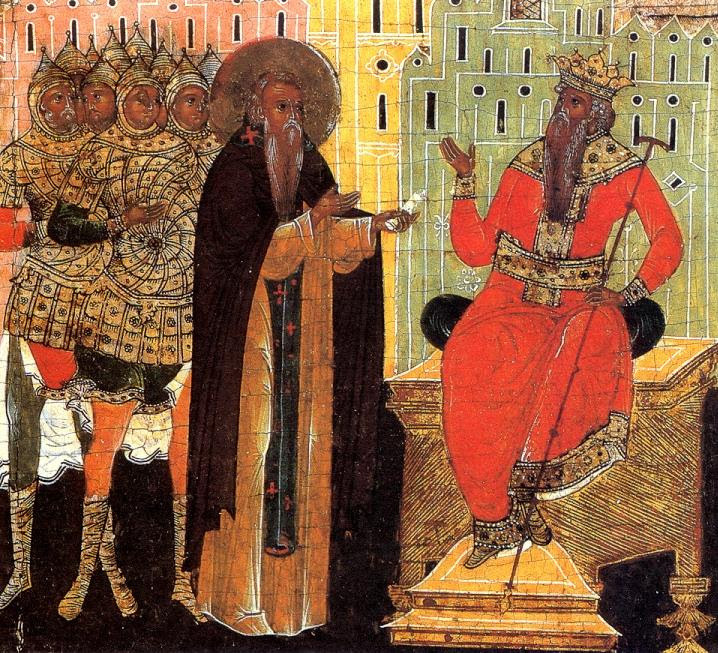 The disciple of Christ must learn that love of enemies is not simply a pious luxury, that he can indulge in sometimes if he wants to feel himself to be exceptionally virtuous. It is of the very essence of the Christian life, a proof of one's Christian faith, a sign that one is a follower and an obedient disciple of Christ. A superficial and even illusionary Christianity is one which professes faith in Christ by verbal formulas and external observance, but which in fact denies Christ by refusing to obey His commandment of love.

An enemy is a brother who is tempted as we are, and attacked by the same real enemy which is the spirit of hatred and of “Antichrist.” The same enemy seeks to destroy us both by arming us against one another. The most important thing is to understand how important all these things are in the Christian life, and to see how they are essential for anyone who wants to attain his aim as a Christian, namely, salvation in imitation of Christ, in participation in the suffering love of Christ, in order to vanquish the enemy of Christ by the power of Christ's love.

To understand what the Lord has in view when he commands us to love our enemies, it may be useful to present here a few excerpts from one of the great theologians of the Greek [Byzantine] Church, Saint Maximus the Confessor (seventh century) on the love of enemies:

'It is out of love of His enemies, the Lord fought against the evil instigator of their hatred. He did not weary of doing good to those who were stirred up to hate Him. He endured blasphemies; He accepted suffering with patience and showed them every kind of love. In this way He fought against the evil one who was the instigator of their actions. By His love He cast out the father of evil. It was for His enemies sake that He, as man, fought to death in order to obey the commandment of Love.'

Saint Maximus the Confessor takes pains to make very clear the absolutely uncompromising obligation to resist evil. But merely to resist evil with evil is actually no resistance at all. It is active and purposeful collaboration in evil. It brings the Christian in direct and intimate contact with the same source of evil which inspires the acts of the enemy. It leads in the end to the denial of Christ and the service of hatred rather than love. Maximus again:

'Understand that your brother is moved by an evil power to hate, just in the same way you too are tempted. If you understand this you will pardon your brother. If you refuse to fall into the trap, you will be resisting the Tempter who wishes you to hate your brother who is also being tempted to do evil. But if we are negligent, lazy, and blinded in spirit by carnal desires, then we do not make war on the demons but on ourselves and our brothers. Indeed we place ourselves in the service of the demons and in their name we fight against our fellow man.'

The Gospel does indeed teach us to make war — but only on our real enemies, lest we serve our enemies who are the enemies of Christ by making war on our brothers... Nonviolent resistance under suffering and persecution is the normal way of the authentic Christian, and shows that the Christian who has recourse to force and hatred in order to protect himself is, in fact, by that very action denying Christ and showing that he has no real understanding of the Gospel.

I got this web page from my friend who informed me regarding this web site
and at the moment this time I am visiting this website and reading very informative articles at this place.
Take a look at my webpage top 10 penny stocks

Nice blog here! Also your website loads up very fast!
What web host are you using? Can I get your affiliate link to
your host? I wish my site loaded up as quickly as yours
lol
Take a look at my web site best forex Trading Signals

At thiѕ time I am гeaԁу to do my breakfast, when
having mу bгeakfаst сomіng yet agaіn to read other
news.


Here is my webpage ... kontaktlinsinformation.com

What's up friends, how is everything, and what you desire to say regarding this article, in my view its truly amazing designed for me.

Аlso visit my blog poѕt - Read More In this article