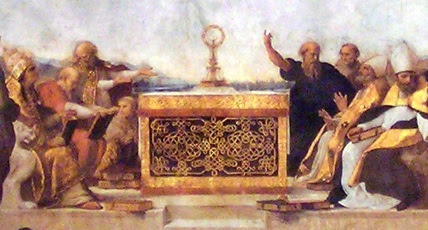 An Orthodox theologian I used to know and who taught Church History at Oxford once told me that  he thought it significant that, in spite of the separation and consequent lack of contact, spiritual tendencies in Orthodoxy were often mirrored by a corresponding tendency in Catholicism.   He gave as examples the tendency for prolonged liturgy, even laus perenis, in the East which was strong when the Divine Liturgy reached its final form and this is also seen in the long offices and ceremonies in Cluny. 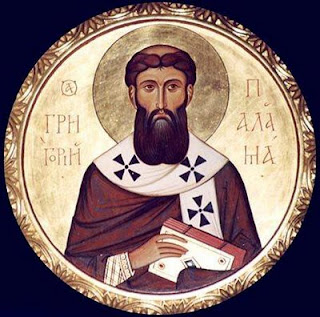 He gave another example: when St Gregory Palamas and the Hesychast movement were making their impression on the Orthodox Church, the Rhineland mystics and the English mystics were thriving in the West.   St Gregory Palamas lived from 1296 to 1359.   John Tauler was born around 1300 and died in 1361.   They were exact contemporaries.

I can imagine many converts to Orthodoxy protesting that this means nothing because John Tauler was not a hesychast, hence, not a genuine Christian mystic; but then neither was St John Chrysostom and many Eastern Fathers.   It is simply a myth that all Orthodox mystics have been hesychasts and that all genuine mysticism has to follow the way of St Gregory Palamas, though the hesychasts and the Rhineland mystics would probably have benefited each other had they met.

Anyway, I propose these two pieces by John Tauler for your meditation and let them speak for themselves.   Note that there is not even a hint of a stigmata, but there is plenty of light!! 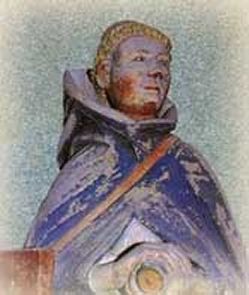 ENLARGING THE HEART
John Tauler: “When the spirit looks within, to the Spirit of God, from the ground of the heart...
source: Enlarging The Heart

St Thomas Aquinas says this: “Great external works, however great they may be, inasmuch as they are works, have their own reward.

But when the spirit looks within, to the Spirit of God, from the ground of the heart,

where man, empty and bare of all works, seeks God only,

far above all thoughts, works and reason,

it is truly a thorough conversion, which will ever be met with a corresponding reward,

and God will be with him.”

Another conversion may take place in an ordinary external way, whenever man turns to God,

thinking wholly and entirely of Him,

and of nothing else but of God for Himself and in Himself.

But the first turning is in an inner, undefined, unknown presence,

in an immaterial entrance of the created spirit into the uncreated Spirit of God.

If a man could only once in his life thus turn to God, it would be well for him.

Those men whose God is so powerful, and Who has been so faithful to them in all their distress, will be answered by God with Himself.

He draws them so mysteriously unto Himself and His own blessedness;

their spirits are so lovingly attracted, while they are at the same time so filled and transfused with the Godhead, that they lose all their diversity in the Unity of the Godhead.

These are they to whom God makes their work here on earth a delight;

so that they have a real foretaste of that which they will enjoy forever.

These are they on whom the Holy Christian Church rests;

for their mere existence, what they are, is infinitely worthier and more useful than all the doings of the world.

These are they of whom our Lord has said:

“He that toucheth you, toucheth the apple of Mine eye.”

Therefore, take heed that ye do them no wrong. May God help us. 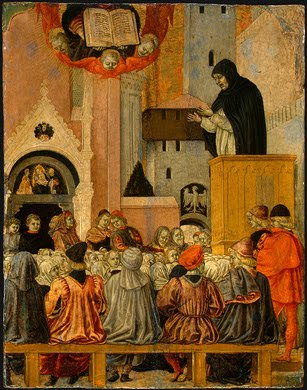 THE FOOD OF LOVE

...How can reason possibly grasp that immensity beyond all being where the precious food of the Eucharist is, in some marvellous way, made one with us, drawing us wholly to itself and changing us into itself?   It is a union more intimate than any that the human mind can conceive, totally unlike any other change, a union more compatible than a tiny drop of water losing itself in the wine-vat and becoming one with the wine, or that of the rays of the sun made one with the sun's splendour; or the soul with the body, the two together making one person, one being.   In this union the soul is lifted above the infirmity of its natural state, its own insufficiency, and there it is purified, transfigured and raised above its own powers, its human operations, its very self.   Both being and activities are penetrated through and through by God, formed and transformed in a divine manner, the soul's new birth is accomplished in truth, and the spirit, losing all its native incompatibility, flows into divine union.

It is something like fire working on wood; the heat draws out all the moisture, the greenness and the heaviness.   It grows warm, begins to glow, becomes more like the fire itself.  As the wood slowly takes on the likeness of fire, the dissimilarity between the two grows less until finally, in a rapid movement, the fire takes from the wood its own substance; the wood becomes fire and loses at the same time its separateness and inequality, since it has become fire.   No longer merely like fire, it has become one substance with the fire.   Likeness is lost in union.

In the same way this food of love draws the soul above distinction or difference, beyond resemblance to divine unity.   This is what happens to the transfigured spirit.   When the divine heat of love has drawn out all the moisture, heaviness, unfitness,,  then this holy food plunges such a one into the life of God.   As Our Lord himself said to St Augustine, "I am the food of the strong: believe and feast on me.   You will not change me into yourself; rather you will be changed into me." 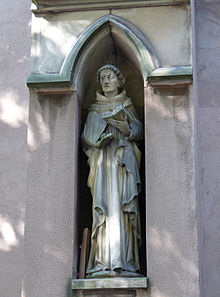 Like St Symeon the New Theologianclick , John Tauler teaches that the normal response to receiving communion should be  contemplation.  Such a total gift of self on Christ's part requires a corresponding gift of self on our part, and such a union should result in the highest contemplation, all things being equal, which they usually aren't.  In our first passage he talks about levels of conversion, a relatively superficial level and a profound level, and this may help us understand why we are not all mystics, even though we go to communion.    It is also interesting that one of the characteristics of the deeper conversion is that it is towards "an inner, undefined, unknown presence", the apophatic way.

The passage on our complete union with Christ in communion and contemplation reminds us of Enoch being transformed in God's presence into a son of God, and how Abba Joseph told Abba Lot that he should "become fire", (see "Ascent and Transformation" click).   The sentence "No longer merely like fire, it has become one substance with the fire" is
I suggest, what the Greek tradition calls "theosis".   He does not have the same vocabulary with its distinction "essence - energies", but it is clear from his works that he is not a pantheist.