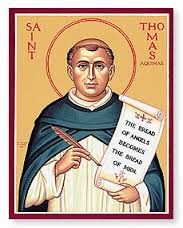 The Greeks never had any interest in Latin culture: This was true in the classical period and was inherited by the Church Fathers (the interest of the Greeks in St. Gregory the Great is the exception that proves the rule). It began to change at the end of the thirteenth century, when, in the wake of the Byzantines’ outright rejection of the reunion negotiated at the Second Council of Lyon in 1274, the Emperor Michael VIII Palaiologos commissioned a translation of Augustine’s De Trinitate, to inform the Greeks about Latin theology. The translator also translated Boethius’ De Consolatione Philosophiae, as well as some Ovid, which suggests genuine interest among the Greeks in Latin culture.

The process initiated by the emperor continued and grew apace. The most striking example of this is the Byzantine interest in Thomas Aquinas, several of whose works were translated into Greek, beginning with his Summa contra Gentiles, translated in 1354, and continuing with much of the Summa Theologiae, several quaestiones, some of his opuscula, and commentaries on Aristotle—all this backed up by works expounding and commenting on Aquinas, as well as attacking him, a process that continued to the end of the Byzantine Empire in 1453. This is the core of Marcus Plested’s magnificent book, the fruit of vast erudition and research in territory as yet very imperfectly mapped.

Plested begins the story rather differently, however; he wants to place Aquinas in the context of what he calls “Byzantine scholasticism.” By this he means a tradition of learned analysis of theological issues, using logic and argument, that he traces back to the eighth-century father John Damascene’s Fount of Knowledge, written by the former civil servant to the Muslim caliphate who had become a monk near Jerusalem, where he devoted his life to prayer and study. This tradition Plested traces further in great Byzantine scholars such as Photios, the great ninth-century patriarch of Constantinople, and the courtly Michael Psellos, “Consul of the Philosophers” in the eleventh century.

This was a very learned tradition of scholarship, but it was nothing like the scholasticism of the high Middle Ages, which is much more than a keenness to present theology systematically combined with the use of syllogistic reasoning. Medieval scholasticism was a product of the growth of the university, which spawned intense competition among the teachers, the schoolmen, for students: competition pursued through the quaestio, at which a schoolman invited challenges to his opinions (the “questions”), to which he responded with virtuosic displays of learning and argument.

There is no parallel in the Byzantine East, where there was hardly one university, and no institutional competition. Nevertheless, Plested is right to underline Aquinas’ debt to Greek theology, found especially in his Christology, and his indebtedness to John Damascene and the writings ascribed to Dionysius the Areopagite. This interest in Greek theology is more marked in him than in any of the other scholastics. Plested also draws attention to the championing of the use of reason in theological matters by Gregory Palamas. It is, indeed, one of most admirable features of this book that it is sensitive to what East and West have in common.

The story the author tells is fascinating and holds many surprises for theologians of both Eastern and Western traditions. The interest in Aquinas in the Byzantine East in the last century of the Byzantine Empire was not paralleled in the West, where Thomas’ star was already declining in the face of attacks by Duns Scotus and William of Ockham, the rise of nominalism in philosophy, and the dissolution of his rational metaphysics by the “two powers” doctrine in theology. It was only with Pope Leo XIII’s bull Aeterni Patris (1879) that Thomas’ role as the Catholic theologian, the doctor communis, became assured.

One wonders why there was this Byzantine interest. Plested does not speculate; he draws attention to the fact and gives a fine account of the engagement of Byzantine thinkers with Aquinas. This account upsets the commonly received wisdom. Enthusiasm for Thomas was felt throughout the intellectual world of late Byzantium, fractured as it was by the so-called Hesychast controversy over the claims by Athonite monks to have genuine experience of the uncreated light of the Godhead in prayer, not least through the use of the Jesus Prayer.

As Plested points out, the Hesychast controversy was already settled before the advent of Thomas on the Byzantine scene. Despite the recent tendency in Orthodox circles to oppose Aquinas and Gregory Palamas, Hesychasm’s main theological defender, there is little sense of this in the fourteenth century. Prominent supporters of Palamas, such as Nicholas Cabasilas and Theophanes of Nicaea, made enthusiastic use of elements of Aquinas’ theology.

Orthodox interest in Aquinas did not end with the collapse of the Byzantine Empire. During the period of Turkish rule, some of the Byzantine engagement with Thomas was secondhand (much knowledge of Thomas in the West was also secondhand), but Plested points us to thinkers, virtually unknown nowadays, such as Koursoulas and Damodos, who display a genuine knowledge and appreciation for the Angelic Doctor.

The author surveys Russian engagement with Thomas before the nineteenth century and then moves on to the modern period, beginning with that century. There are some books that have escaped his keen attention (by Olga Meerson and Myroslaw I. Tataryn, for instance), but the modern period, properly speaking, attracts his withering examination.

The astonishing receptivity to Aquinas among Orthodox thinkers seemed to falter in the last century. Aquinas became a cipher for the alleged failures of the West: a narrow, juridical rationalism, an overweening confidence in human understanding of God. Plested closes his book by making a plea for the Orthodox to recover the confidence in their own tradition that enabled them to respond with understanding and enthusiasm to Aquinas, and to engage with his theological achievement.

He is less clear on what this might mean. Partly this is simply that such an engagement would involve another book, which he may well be contemplating. I hope he is; it will be eagerly awaited.

At the beginning of the book, Plested shows himself well abreast of developments in the study of Aquinas over the last century or so. The Aquinas that the Russian émigré theologian Bulgakov, for example, encountered in Paris in the later twenties—the traditional Thomism of Garrigou-Lagrange and the Neo-Thomism of Maritain and Gilson—is not the Aquinas found in modern studies of the saint; the theologian, the commentator on the Scriptures, is not overlooked now, as he largely was in the past.

Plested does not explore what engagement with the Aquinas of modern research would entail, nor does he relate this rediscovery of the breadth of Aquinas to the Aquinas encountered in his history of Orthodox reading of him. In fact, it seems that the Byzantine reading of Aquinas was limited to quite narrow concerns: those regarding the sought-after union with the West; after the Reformation, other, similarly narrow concerns emerged—grace and free will, the doctrine of the sacraments.

But the translators themselves must have engaged with more extensive issues. How? It is difficult for modern scholars to ascertain. For one reason, the Byzantine Thomas is largely unknown: There are hardly any editions, and Plested himself has drawn on forays among manuscripts. However, there is now a research project, Thomas de Aquino Byzantinus, that will eventually see the publication of critical editions of the Byzantine translations of Aquinas and many of the Byzantine discussions of him.

Still, these are early days: It will be several decades before the fruits of this project are available. Until then, it is very difficult to move beyond what this book has so clearly and elegantly outlined. What did, or does, Thomas look like in Greek dress? Already, in a conference held last year in connection with the Thomas de Aquino Byzantinus project, some hints of an answer emerged. It was suggested, for example, that the analytical Thomas of the Latins became, in the Greek of Kydones’ translation, a rhetorical Thomas.

The question of translating from one cultural matrix to another is complex. It is true, as Plested urges, that Aquinas had an exceptional interest in Greek theology and philosophy, but he read all this in Latin, not Greek, and it could be argued that both John Damascene and the Areopagite read rather differently in Latin translation (however accurate) than in the original Greek: They were read in a Latin cultural matrix profoundly influenced by Augustine.

That is only a symbol of a much larger problem. Plested does not do much towards addressing it, but he ably brings us to the threshold. If he manages to dislodge the stereotypes with which Western theology, not least St. Thomas, has been (with a few exceptions) approached by Orthodox theologians in the twentieth century, his achievement will be great.

Perhaps all that is needed, to begin with, is for Orthodox theologians actually to work their way through some of the quaestiones of the Summa Theologiae. They will discover much that is congenial, even if it is expressed in an unfamiliar idiom and with concerns that are unexpected. For example, Thomas devotes much time to the virtues, as does the Orthodox ascetic tradition; nonetheless, it sounds rather different (different lists, different arrangements).

It would be interesting to explore what such difference amounts to. This book clears the way for such an engagement, and as such it deserves an enthusiastic welcome.

Andrew Louth, an Orthodox priest, is professor emeritus of Patristic and Byzantine studies at the University of Durham.