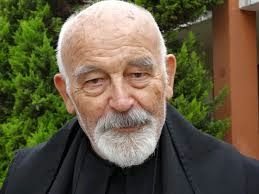 Back in 1996, I was hearing the confessions of hundreds of young people in my Peruvian parish in preparation for Confirmation.   In Peru, children have their first communion at the end of their primary school and Confirmation at the end of secondary school, even though, in my parish, the preparation is done in the parish, not the school.  They were knocking at my door at all times in the weeks before Confirmation.   However, one evening, I was visited by a gaggle of homosexual youths who were not presenting themselves for Confirmation, but they wanted to go to Confession.  I will remember the first confession as long as I live.   I do not count it among my successes.   It left me speechless.   He said (in Spanish), "Mi pecado mas grande es que soy."   ( The greatest sin that I have committed is that I am.)   It floored me.   How could I respond?   I told him that God loves him, that Christ died for him, but what more could I say?   How could I give him the Gospel message in a way that took his reality into account?

What is being proposed in the Synod is what we are forced to do in practise in Peru by circumstances, even if, up till now, we haven't had the vocabulary to justify it.   We knew by instinct that, until people have a living relationship with Christ, the rules don't make sense. The Gospel comes first, the rules afterwards.   If you only know the Gospel in and through the rules, then you preach a Gospel in a form that does not reach the vast  majority of the unchurched.   It is not a question of being conservative or progressive: it is between evangelising or not evangelising.   It is this that the bishops of every hue are coming to terms with.  When the Gospel and the rules become so completely identified with each other that we cannot tell the difference between them, then man is made for the Sabbath, not the Sabbath for man.

Differences will remain, but every pastor knows that when we see the Gospel only in terms of the rule book, even a rule book that has been formed by the Gospel, then our message cannot  do justice to the Gospel because it has become incapable of reaching every aspect and level of human life only part of which can be regulated.

I believe the Orthodox have it about right.   They make a distinction between akribeia and oikonomia.   "Akribeia" is the strict interpretation of the rules, while oikonomia is the economy of grace, the Mystery of Christ present in the Church, but also the adapting or dispensing with the rules when, owing to the complications of a given situation, their strict imposition is an obstacle to God's purpose, to his offer in Christ of unconditional love to sinners.   According to the Joint Statement of Orthodox and Catholic bishops, made in Washington in 1976, economy is specially used in the following situations:

a) The administration of penance, the arranging or managing of a penitent's reconciliation to the church;
b) The reception of those turning to the church from heresy or schism;
c) The restoration of repentant clergy and the reception of heretical or schismatic clergy as ordained.
In all these areas, however, the understanding of economy as responsible stewardship, imitating the divine economy, is maintained, excluding arbitrariness or capriciousness.

It goes on to say:


The church of Christ is not a legalistic system whereby every prescription has identical importance, especially when ancient canons do not directly address contemporary issues. Nor can the application of economy make something invalid to be valid, or what is valid to be invalid. Because the risen Christ has entrusted to the church a stewardship of prudence and freedom to listen to the promptings of the Holy Spirit about today's problems of church unity, a proper understanding of economy involves the exercise of spiritual discernment.

Faced with the problems outlined in this my contribution, the liberal would simply change the rules; but the Christian rules on marriage, for example, are the expression of Catholic Tradition and much would be lost.   In the Orthodox solution, the basic rules are kept.   Economy is about their application to individuals or particular situations.   Hence, a decision on the interpretaion of a rule by the Church creates a precedent, but the Church's use of economy doesn't because it is tied to the situation.   It must be emphasised that to use economy is an ecclesial function, under the direction of the bishops, not a private decision by individuals.

If ever you are in doubt about the use of these Orthodox - Catholic discussions, think again, because the Catholic Synod is putting economy in practice. 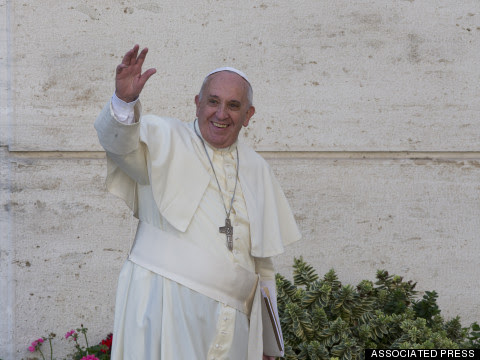 my source: Huffington Post
(Reuters) - In a dramatic shift in tone, a Vatican document said on Monday that homosexuals had "gifts and qualities to offer" and asked if Catholicism could accept gays and recognize positive aspects of same-sex couples.

The document, prepared after a week of discussions at an assembly of 200 bishops on the family, said the Church should challenge itself to find "a fraternal space" for homosexuals without compromising Catholic doctrine on family and matrimony.

While the text did not signal any change in the Church's condemnation of homosexual acts or its opposition to gay marriage, it used language that was less judgmental and more compassionate than past Vatican statements under previous popes.

The document will be the basis for discussion for the second and final week of the assembly, known as a synod, which was called by Pope Francis and focuses on the theme of the family.

It will also serve for further reflection among Catholics around the world ahead of another, definitive synod next year.

"Homosexuals have gifts and qualities to offer the Christian community: are we capable of welcoming these people, guaranteeing to them a further space in our communities? Often they wish to encounter a Church that offers them a welcoming home," said the document, known by its Latin name "relatio".

"Are our communities capable of proving that, accepting and valuing their sexual orientation, without compromising Catholic doctrine on the family and matrimony?" it asked.

John Thavis, Vatican expert and author of the bestselling 2013 book "The Vatican Diaries", called the document "an earthquake" in the Church's attitude towards gays.

A number of participants at the closed-door synod have said the Church should tone down its condemnatory language when referring to gay couples and avoid phrases such as "intrinsically disordered" when speaking of homosexuals.

That was the phrase used by former Pope Benedict in a document written before his election, when he was still Cardinal Joseph Ratzinger and head of the Vatican's doctrinal department.

The language and tone of Monday's document, read to the assembly in the presence of Pope Francis, appeared to show that the advocates of a more merciful tone toward homosexuals and Catholics in so-called "irregular situations" had prevailed.

It said that the 1.2 billion-member Church should see the development of its position on homosexuals as "an important educational challenge" for the global institution.

While the Church continued to affirm that gay unions "cannot be considered on the same footing as matrimony between man and woman", it should recognize that there could be positive aspects to relationships in same-sex couples.

"Without denying the moral problems connected to homosexual unions it has to be noted that there are cases in which mutual aid to the point of sacrifice constitutes a precious support in the life of the partners," the document said.

Pope Francis has said the Church must be more compassionate with homosexuals, saying last year: "If a person is gay and seeks God and has good will, who am I to judge."

The Church teaches that while homosexual tendencies are not sinful, homosexual acts are.

The document also showed considerable opening to heterosexual couples who were married only in civil services or who were living together, mentioning "positive aspects" of such unions, especially if the couple saw them as a prelude to marriage in the Church.

While Church marriages clearly were "the ideal" for Catholics, it said, there were "constructive elements in those situations that do not yet or no longer correspond to that ideal".

Catholics used to call such cohabitation arrangements "living in sin", another phrase that bishops at the synod were urged not to use when speaking about these couples.