A HOMILY OF ST AUGUSTINE ON "THE SPIRIT OF TRUTH". 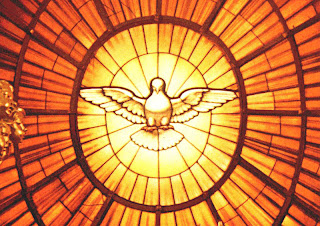 THE ANOINTING OF THE SPIRIT

You have no need for anyone to teach you.   The anointing you have received teaches you all you need to know. 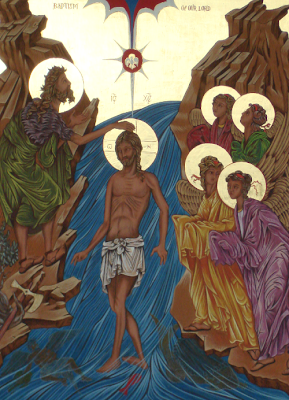 We, whose words come to you from without, are like gardeners who can cultivate a tree externally, but can neither make it grow nor form fruit on its branches.  Unless he who created and redeemed and called you speaks to you in your hearts, where he dwells in faith through the Spirit, the sound of our voice echoes in vain.   This is evident from the fact that in a large audience of people, not all are convinced by what is said, but only those to whom God speaks interiorly.

Now those to whom God speaks interiorly are those who open their hearts to him, and those who open their hearts to him are those who close them to the devil.   The devil would like to get a foothold in our hearts and there whisper all his seductive suggestions.   But what does the Lord Jesus say?   "The prince of this world in cast out."   Does this mean that he has been thrown out of heaven and earth, out of the created universe?   No, it means that he has been cast out of the hearts of believers.   Since, then, the invader has been cast out, let our Redeemer take up residence - for he who created us has also redeemed us.   Henceforward, the devil's attacks come come without in the form of various temptations, but the one whose master is God gives no consent to them.   He has been taught by the anointing of which I have spoken.

This anointing is true, Saint John tells us; in other words, the Spirit of the Lord cannot give false teaching.   It is no lie.   Persevere in the teaching you have learned from it.   And now, little children, abide in him so that when he appears we may be full of confidence before him and not be put to shame at his coming.

We, whose words come to you from without, are like gardeners who can cultivate a tree externally, but can neither make it grow nor form fruit on its branches.  Unless he who created and redeemed and called you speaks to you in your hearts, where he dwells in faith through the Spirit, the sound of our voice echoes in vain.

When St Augustine speaks of himself as a gardener who must tend the plants while respecting the laws of Botany, he is speaking about his role as Bishop of Hippo, as liturgical preacher, when he can be confident that the Holy Spirit will use him as a vehicle to lead his church to the Truth.   Yet, for him, this is not enough.   For the people to receive the word from him, the Holy Spirit must be active in them as well.   A sermon seems to be the work of the preacher, standing alone in front of the church, but, in fact, it is an event in the life of the whole church, and the Holy Spirit is active in the whole community.   Thus the preacher preaches, fully aware that, if he does his job in a way open to the Spirit, the event is a little Pentecost, with the Spirit active in the whole community.   Without the action of the Spirit in both minister and those being ministered to, nothing can happen.


This exchange implies that, if the Lord is not with the people, they will not be able to participate in the blessing or sacrament, or understand the Gospel or be included in the prayer.   Again, if the Lord is not activating what the minister received at ordination, he will be unable to  perform his task.  Both priest and people are dependent on the Spirit all the time.


The Russians are not the only ones to die for their faith!  The story of the Cristeros in Mexico.