MEDJUGORJE TO BE RECOGNISED? 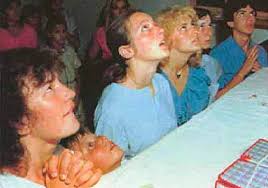 It may be a coincidence that the Vatican finally has released the text of norms it designed for use in evaluating apparitions way back in 1978 at the same time that it's evaluating the most famous apparition since Fatima and one of the most visited religious places on earth: Medjugorje, in Bosnia-Hercegovina, which has been experiencing building boom after building boom, such that anyone who visited in the late 1980s or 1990s or even as recently as five years ago would hardly recognize it.

What was once a hamlet surrounded by vineyards is now a city -- one that, to our eyes, may be approaching the size of Fatima and Lourdes (if it has not already). 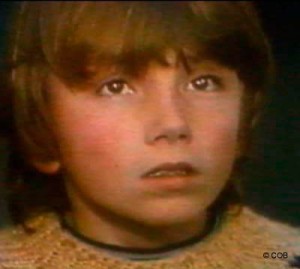 Though Americans no longer flock there as they did before the Yugoslavian civil war as well as terrorism threats and high airline prices, Poles, Irish, and particularly Italians have been flooding the site -- maxing out even the great expansion in bed-and-breakfast-hotel space.

Yet, this is not an approved apparition -- and no one, outside of perhaps the Pope, knows if it will ever be. 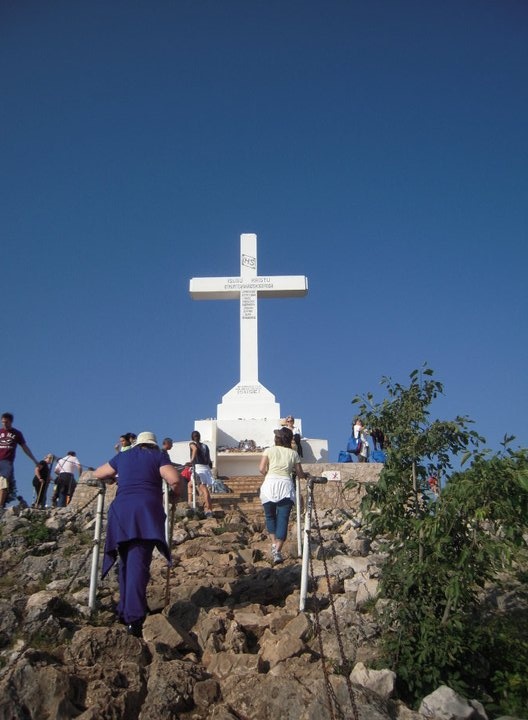 The norms released by Rome are "new" to the vast majority and fascinating because they are not only comprehensive but unambiguously dispel a notion -- widely and tirelessly circulated by opponents to the apparitions during the past dozen or so years -- that only a local bishop -- no one else -- can rule on such private revelations. (Although he may be softening a bit -- some think recent statements from him indicate a more positive Vatican view -- the local bishop has long and vehemently opposed the alleged miracles.) 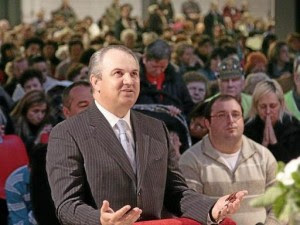 The norms clearly spell out that "the Apostolic See can intervene if asked either by the Ordinary himself, by a qualified group of the faithful, or even directly by reason of the universal jurisdiction of the Supreme Pontiff (cf. infra, no. IV)," adding that it's up to the Sacred Congregation "to intervene motu proprio in graver cases, especially if the matter affects the larger part of the Church" -- which Medjugorje -- drawing pilgrims from around the globe (including dozens of cardinals, hundreds of bishops, and tens of thousands of priests) has for decades. It is now spelt out clearly for this situation which since 1987 has been out of the local bishop's hands and since 2010 has been taken from a committee of several Bosnia-Hercegovinian prelates for handling directly by a special Vatican commission that has been assiduously researching the apparitions and interviewing seers. 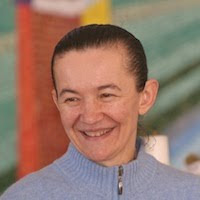 What this commission will recommend -- and whether it will even be made public -- is anyone's guess. For months now the rumor has been that it will make recommendations  by the end of the year. The Pope will then do whatever the Pope wants to do with the recommendations.

Credible reports indicate that Benedict visited Medjugorje when he was Prefect of the Sacred Congregation for the Doctrine of the Faith (he was seen there by eyewitnesses, and photographed another time in Linz, Austria, with a famous Medjugorje priest, right), and it makes sense in that his superior at the time, John Paul II, who beyond doubt favored the apparitions, encouraged his cardinals to visit there. As his right hand man -- in charge of the Congregation that oversee private revelations -- it only makes sense that Cardinal Ratzinger visited (incognito, as observers from Rome still visit).
While indications are that in the early days Cardinal Ratzinger was in the camp of believers, no one knows his current thinking; where John Paul II spoke to any number about Medjugorje, Benedict XVI has been tight-lipped with visiting bishops (or, bishops have been tight-lipped with anything that has been said). There was a rumor several years ago that when he was still cardinal the Pope had concerns about the way at least one seer was conducting life as a visionary and the norms include monetary gain as a negative though not sole determinant to consider when evaluating private revelations.

A key and perhaps the key norm in apparitions (one mentioned prominently in the norms) is whether there have been fruits, and at Medjugorje these have been legion -- countless healings, conversions by the hundreds of thousands (if not millions), deliverance, and priestly vocations. It can be argued that no apparition has had more fruits at the same point and perhaps none has had more in the same time span.

Still, the likeliest outcome from the commission is a statement to the effect that final proof of supernatural authenticity has not yet been definitively established but the faithful are allowed to continue attendance and devotions. Recently, as mentioned, Bishop Ratko Peric seemed to soften a trifle -- saying in a homily during Confirmation at Saint James Church that Medjugorje could be a "new Jerusalem" (or, if commercially consumed, a "Babylon"). That implied he saw what has occurred there as something that will remain and hinted that the commission will be less than condemnatory.

But that doesn't mean formal acceptance (it is rare for an ongoing apparition to be officially recognized, before alleged prophecies are at least partially fulfilled).

And there remains a significant chance that the apparitions will be rejected (in which case we, as a Catholic news site, will closely adhere to the ruling, as we will whatever is determined by the Pope).

While it is difficult to envision outright condemnation of an apparition that has been visited by tens of millions, has affected more people than anyone can count, and has greatly bolstered the Church in places where it is in severe crisis (particularly Ireland, Italy, and also many parts of North America), not to mention the economic and diplomatic repercussions (it has become highly important to Croatia and Bosnia-Hercegovina, the pilgrims breaking records at the Mostar airport, one of several they use), anything is possible and the commission is at least somewhat weighted (and perhaps very substantially so) in the direction of  psychology. It also may be privy to information that we are not.

Reverberations of a rejection would be seismic -- but must be obeyed.

There are rumours in every direction.

Will the seers (who currently travel widely, and appear before tens of thousands, as in the case recently in Italy and Lebanon) be reined in? Will the Vatican allow them to maintain pilgrim homes (as does virtually everyone else in this former farming community)?

The release of the norms in various regular languages (beyond Latin) was expected years ago and thus has been long overdue and is now newsworthy; it will be interesting to see if there are similar delays in a statement on the apparitions.

The current status of Medjugorje is what they call non constat de supernaturalitate, more or less a preliminary statement saying that so far there has been no objective final proof. That view (which, despite the way some try to spin it, is not a negative verdict, nor even an actual judgment) was issued on April 10, 1991 and followed by two Vatican statements saying that Catholics (including priests) were allowed to go to Medjugorje as long as it is not an official parish pilgrimage. Detractors circulated this to be a prohibition, in the same way that they insisted that the local bishop's judgment was final in this matter. This status of non constat de supernaturalitate may be reiterated, with continued permission to visit the shrine.

"It is up to the Sacred Congregation to judge and approve the Ordinary’s way of proceeding or, in so far as it be possible and fitting, to initiate a new examination of the matter, distinct from that undertaken by the Ordinary and carried out either by the Sacred Congregation itself or by a special Commission," say the norms released this week, which were formulated under Cardinal Francis Šeper and in restrospect seemed to set the stage for the removal, in the 1980s, of the Mostar bishop's authority (and establishment of the current commission).

Whatever the final Church view of Medjugorje -- and at this point, it seems like a toss up -- the misunderstandings about the bishop having total and ultimate jurisdiction have now been definitively shown to be just that: an error, or misrepresentation.

Vatican envoy mgr. Hoser (emeritus when reaching 75 years of age on December 8): "The decree that forbade bishops to organize pilgrimages is no longer active ... If a bishop wants to organize a prayer pilgrimage to Medjugorje to pray to Our Lady, he can do it without problem. But if it is about organized pilgrimages to go there for the apparitions, we can not, there is no authorization to do it"

500,000 see the Blessed Virgin in Zetun, Cairo, Egypt
The one who impressed me the most was Ivan.  I have met him three times, once in Medjugorje, once when he stayed a night in my monastery at Belmont, and once in Peru.  He is shy, not the kind of person to like attention.