ROMAN CATHOLIC RADICALS AND ORTHODOXY by Deacon Steve Hayes from South Africa; and DOROTHY DAY AND LIGHT FROM THE EAST 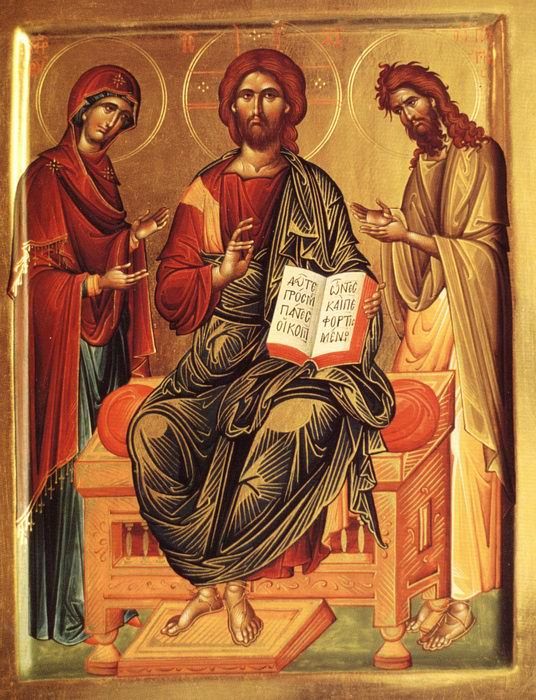 Thanks, once more, to Jim Forest for sending me this article.
Dan Berrigan's poem 'Some'

Jim Forest has just written a biography of a Jesuit priest, Daniel Berrigan, who died last year.
Why would an Orthodox Christian write a biography of a radical Roman Catholic priest, and why would an Orthodox Christian want to read such a thing? Jim Forest himself gives an answer to that specific question here: FATHER DANIEL BERRIGAN, SJ: WHY SHOULD AN ORTHODOX CHRISTIAN BE INTERESTED IN HIM? by Jim Forest |

“And just what is it,” my friend asked, “that was so Christ-revealing about Berrigan’s life?”

When he died last year, age 94, obituaries focused on the anti-war aspects of Berrigan’s life: he was eighteen months in prison for burning draft records in a protest against conscription of the young into the Vietnam War; then there was a later event in which he was one of eight people who hammered on the nose cone of a nuclear-armed missile. No one has kept count of his numerous brief stays in jail for other acts of war protest. He was handcuffed more than a hundred times.

But it raises other wider questions too.

For the last few years the “mainstream” media have focused on the phenomenon of the “religious right”, but fifty years ago the focus was more on the “religious left”, exemplified by people like Daniel Berrigan, protesting against the Vietnam War.

I first learned of Daniel Berrigan in 1969, through a radical Christian magazine called The Catonsville Roadrunner. The magazine was inspired by the actions of Daniel Berrigan and his brother Philip, who with several others had broken into an office containing records of military conscription and publicly burnt them. It became a legendary act of Christian civil disobedience

Jim Forest himself was involved in a similar act of civil disobedience in Milwaukee, for which he was jailed.Those were interesting times, the late 1960s and early 1970s, the age of hippies and moon landings and radical Christian protests. Inspired by The Catonsville Roadrunner I and a group of friends launched our own radical Christian magazine in South Africa, called Ikon.

So I want to turn Jim Forest’s question around. Not “Why should Orthodox Christians be interested in the life of a Jesuit priest like Daniel Berrigan?” but why did so many people involved in the radical Christian scene of the late 1960s become interested in Orthodoxy?

One factor may have been that at that time Orthodoxy was peculiarly powerless.

In 1968 I visited St Sergius Orthodox Church in Paris, and there was a seminary in the crypt of the church where the students lived in humble and primitive conditions — sleeping cubicles separated by threadbare curtains, and an open drain running down the middle of the floor. That, to me, represented the poverty of him who came to be poor among the poor, rather than the power and prestige needed to maintain a religion.

Another reason for the attraction of Orthodoxy for radical Christian activists was that Orthodoxy had a firm theological base. In the West, theological liberalism led to political conservatism and vice versa. Theological liberalism was embarked on a project to adapt the Christian faith to the modern world, and that meant adapting Christianity to support the status quo. Radical Christians wanted to change the status quo on earth, so that God’s kingdom would come and God’s will be done on earth, as it is in heaven.

This can be seen in the media expectations of Roman Pope Francis. They are looking to him to bring about change in the Roman Catholic Church. Will he change the theology and bring it up to date? But most of the time they are disappointed, because he criticises the state of the world from the point of view of existing theology — the wars, civil repression and exploitation that continue pretty much as they did in the 1960s.

There is much talk about “progressive” theology and “progressive” politics, but what do we mean by “progress”? As G.K. Chesterton put it, more than a century ago now:

Progress should mean that we are always changing the world to suit the vision. Progress does mean (just now) that we are always changing the vision. It should mean that we are slow but sure in bringing justice and mercy among men: it does mean that we are very swift in doubting the desirability of justice and mercy: a wild page from any Prussian sophist makes men doubt it. Progress should mean that we are always walking towards the New Jerusalem. It does mean that the New Jerusalem is always walking away from us. We are not altering the real to suit the ideal. We are altering the ideal: it is easier.
Silly examples are always simpler; let us suppose a man wanted a particular kind of world; say, a blue world. He would have no cause to complain of the slightness or swiftness of his task; he might toil for a long time at the transformation; he could work away (in every sense) until all was blue. He could have heroic adventures; the putting of the last touches to a blue tiger. He could have fairy dreams; the dawn of a blue moon. But if he worked hard, that high-minded reformer would certainly (from his own point of view) leave the world better and bluer than he found it. If he altered a blade of grass to his favourite colour every day, he would get on slowly. But if he altered his favourite colour every day, he would not get on at all. 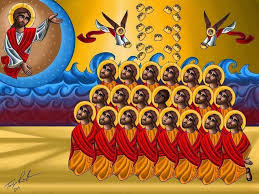 From Retaliation to Resurrection

Dorothy Day and the LIGHT FROM THE EAST: Eastern Christianity, Fathers of the Desert, Dostoevsky
JUNE 1, 2000 BY MARK AND LOUISE ZWICK

The World will be saved by Beauty