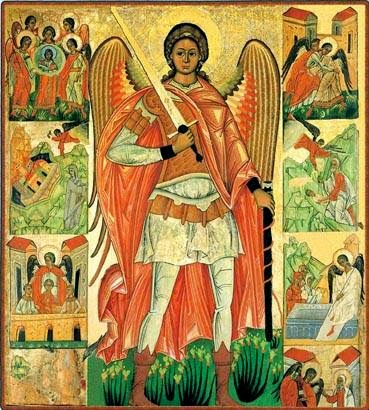 St Michael and All Angels 2014

The Bible is littered with angels and talk of angels, so we tend to take them for granted, which is a pity, because the whole subject of angels is fascinating and rewarding and, of course, each one of us has his or her own guardian angel. We have just heard Jesus himself speaking of angels, so what did Jesus mean, on first meeting with Nathaniel, when he said to him, “You will see heaven laid open and, above the Son of Man, the angels of God ascending and descending”?

The story of the call of Nathaniel can be understood as the fulfillment of his quest for the Messiah. When Philip tells him that he has found the Messiah, Nathaniel replies. 'Can anything good come out of Galilee?" At first he is rather taken aback at Jesus’ origin, but when he meets Jesus, who appears already to know him and to have chosen him, he comes to believe. What are we to make of Nathaniel's confession of faith, “Rabbi, you are the Son of God, you are the King of Israel”? It would seem to be the result of Jesus' ability to “see” Nathaniel even before meeting him. “Before Philip called you, I saw you under the fig tree.” Is the fig tree Israel and Nathaniel one of its good fruit, a man “incapable of deceit”? However, Jesus looks towards a greater reason for believing. Nathaniel's inadequate foundation for faith will be paralleled in the story of doubting Thomas. Thomas confesses, “My Lord and my God", but Jesus contrasts Thomas' need for proof with those who will come to believe without seeing.  Again the 'greater things' promised to Nathaniel also come in Ch. 2 when the disciples witness Jesus’ first sign at a wedding feast in Cana of Galilee. In John's Gospel, the signs point to the replacement of the religious forms of Israel by Jesus himself. So, in the miracle of the water into wine, the miracle signals the replacement of the old Jewish rites of purification with the new wine of Jesus, while in Ch. 4 Jesus replaces the Jerusalem temple as the 'place' of worship. Only in Jesus can we now “worship God in spirit and in truth.” 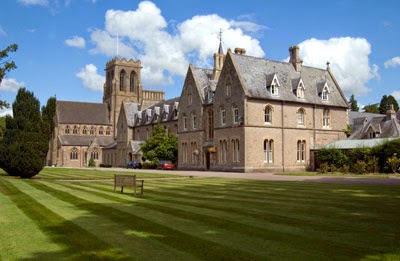 What did Jesus have in mind when he spoke of "angels ascending and descending"? In Genesis Ch. 28, Jacob has a dream of a ladder between earth and heaven where the angels ascend and descend. God stands beside Jacob and confirms the promises made to Abraham, saying that he, the Lord, will be with Jacob. On waking up, Jacob exclaims, "How awesome is this place! This is none other than the house of God, and this is the gate of heaven." He names the place Bethel, meaning 'the House of God'. Bethel would become one of the main places of worship for Israel before the ascendancy of the temple at Jerusalem. Jesus, according to John's Gospel, is now the house of God and gate of heaven. He is the 'place' of true worship. There is now no need for a dream or a ladder or, indeed, for a physical temple, for the point of meeting between heaven and earth is now Jesus himself, who is God incarnate. This is consistent with the Gospel of John as a whole. In the Prologue we read that "the Word became flesh and dwelt (literally 'pitched his tent') among us", recalling the tabernacle or tent of meeting of the Exodus. Jesus is now the tent of meeting and replaces the temple itself. St Paul writes that we are the “living stones” making up the “Body of Christ” which is the Church. In Christ, we are God’s temple. But the gate between heaven and earth is most especially seen and accomplished on the cross and in the resurrection. It is the cross and resurrection, which are the 'greater things' promised to Nathaniel. All the other signs of the Gospel (like the water into wine, the healing of the man born blind or the resurrection of Lazarus) are only partial fulfilments, and therefore, an inadequate basis of faith. It is the crucified and risen Christ who is the true foundation and very subject of faith. And the pinnacle of that faith is to believe without seeing and to know God even as we are known, for in Christ God will be all in all. In Jesus, we too have seen heaven laid open and, above the Son of Man, the angels of God ascending and descending. 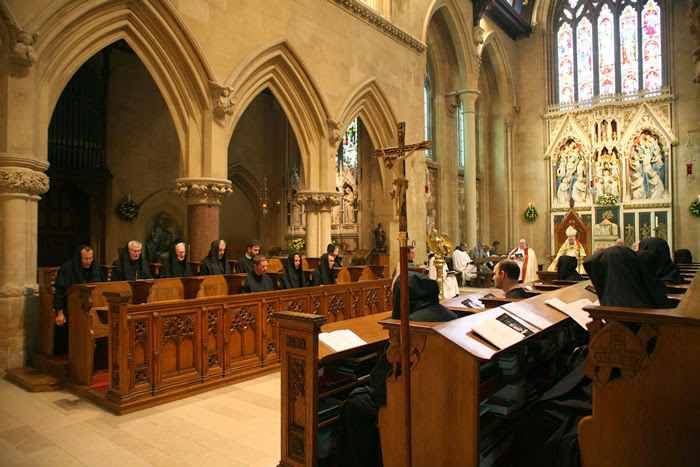 Founded in 1859, Belmont Abbey is a monastery of the English Benedictine Congregation dedicated to St Michael and All Angels. 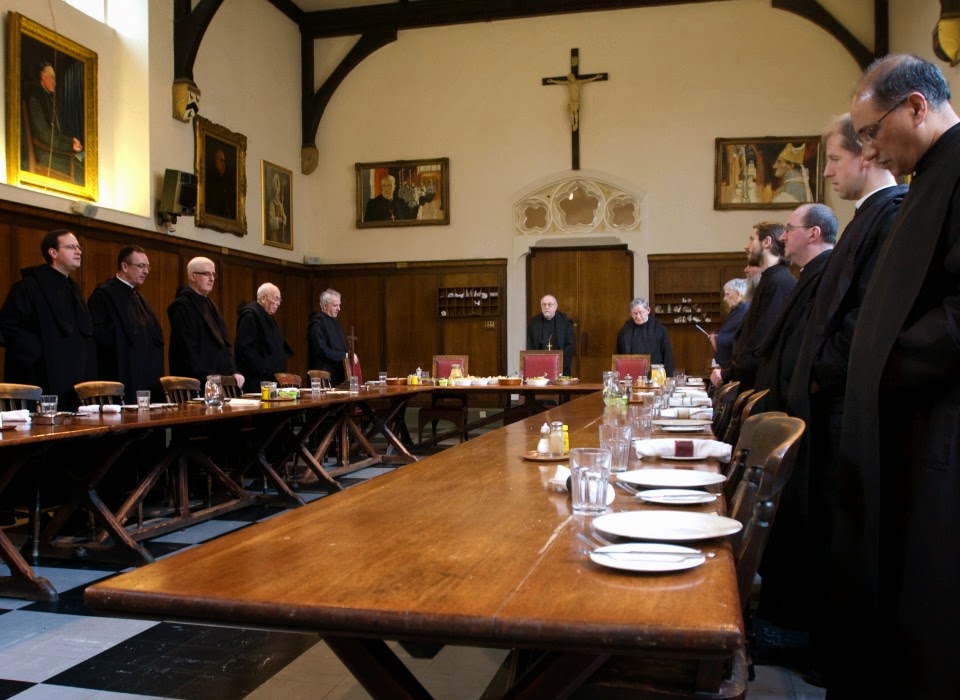 Since its foundation Belmont Abbey has served as a cathedral and a monastic house of studies. It has played an important part in the development of monasticism in Great Britain and is home to a thriving community of monks, who still follow the Rule of St Benedict. 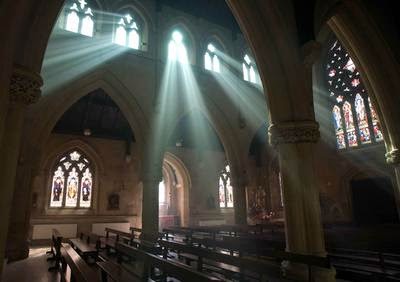 Under the guidance of the Abbot the monks lead a common life of work, study and prayer.

The main work of the Community is pastoral; on its parishes in Wales, Herefordshire and Cumbria, overseas with its foundation in Northern Peru, and at the Abbey, welcoming guests and visitors to its guesthouse, Hedley Lodge, and to those on retreat. 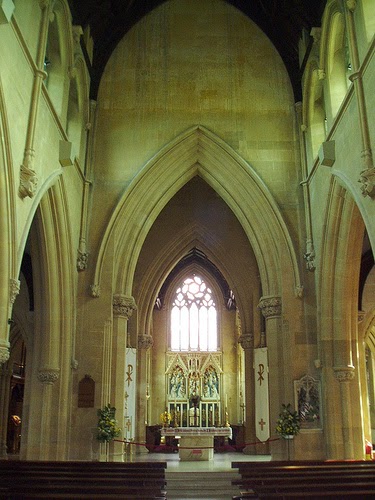 God is at the heart of the Abbey. Founded in 1859, Belmont Abbey is a monastery of the English Benedictine Congregation dedicated to St Michael and All Angels.
Posted by Father David Bird O.S.B. at 08:43