THE POPE WHO PROCLAIMS THE TRADITION by Sandro Magister

The theme of God's mercy is not a “discovery” of Jorge Mario Bergoglio. It has always been at the center of the Church's preaching. Cardinal Giacomo Biffi explains why, with a stunning quote from Saint Ambrose. 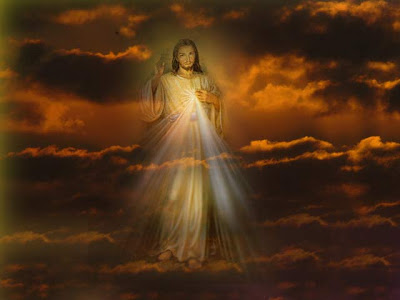 ROME, June 24, 2014 – Among the great pastors who marked the season of John Paul II is the cardinal and theologian Giacomo Biffi, 86, Milanese, archbishop of Bologna from 1984 to 2003.

In 1989 pope Karol Wojtyla called upon him to preach the spiritual exercises for the beginning of Lent to him and the leading figures of the Roman curia.

In a little more than a month Biffi prepared the twenty-two meditations that now, at a distance of years, he has decided to make public for the first time in a volume published by Cantagalli, just out in bookstores.

It makes for one of those readings that generate happy astonishment before the “manifold wisdom of God”: a quote from the letter of Paul to the Ephesians that is used as the title of the volume.

In his clear, crystalline style Biffi narrates and extols the "mirabilia Dei" that constitute the essence of the Christian faith, without however avoiding disputed questions like the conception of the Church as “holy and sinful” or priestly celibacy.

Below is a passage from the book concerning sin and forgiveness in the plan of God: a theme that is constantly at the center of the preaching of Pope Francis but that it is entirely improper to attribute to the current pontiff as his own particular “discovery.”

Biffi demonstrates, on the contrary, that the attention to the pairing sin-forgiveness was already very strong in the early centuries of the Church, in the writings of the Fathers and in particular those of the holy patron of the archdiocese of Milan, Ambrose, the bishop who baptized St. Augustine.

And it is precisely from St. Ambrose that he moves on to explain the meaning of that “felix culpa" of which the Church sings in the Exultet of the Easter Vigil.

The positive character of sin and the sinner in God's plan is one of the most profound mysteries of Christianity. Which Ambrose expressed in the most brilliant of ways when, in commenting on the days of creation, he wrote that God “rested” only after having created man so that finally “he had created a being whose sins he could forgive.”

SIN AND FORGIVENESS IN THE PLAN OF GOD 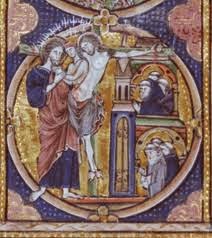 The figure in Christian tradition who expressed with the greatest insistence and vigor the conviction that sin has its own valuable positive character in God's plan, and therefore from the beginning is part of the project that gave rise to this universe that in fact exists, was, I believe, St. Ambrose.

He possesses the liveliest sense of sin, of its gravity, of its universality, of its decisive presence in the life of man. But the consideration of sin is something that he always adopts in order to focus attention on the divine mercy, which is given to us in Christ and is the primary characteristic of this order of providence. This is the source of the insistence with which he affirms the spiritual “utility” that grace is always able to find even in the most serious transgressions.

I propose a reflection on some of the many statements of Ambrose that could be cited.

“My fault has become for me the price of redemption, through which Christ came to me. For me Christ tasted death. Transgression is more profitable than innocence. Innocence had made me arrogant, transgression made me humble” (De Iacob et vita beata, I, 21).

“The Lord knew that Adam would fall and then be redeemed by Christ. Happy ruin, that has such a beautiful reparation!" a phrase that we also find paraphrased in the Exultet [of the Easter Vigil]: "O happy fault . . ." ( Commentary on Psalm 39, 20).

"We who have sinned more have gained more, because your grace makes us more blessed than our absence of fault does" (Commentary on Psalm 37, 47).

“Evil in fact has a utility within itself and evil has even insinuated itself into the saints by the providential will of the Lord" (Apologia David, 7).

“O Lord Jesus, I am more a debtor to your outrages for my redemption than to your power in my creation. It would have been useless for us to have been born if we had gone without the benefit of being redeemed.” A phrase that we find we reproduced down to the letter in the Exultet: "Nihil enim nasci profuit nisi redimi profuisset" (In Lucam II, 41).

“The offense did us more good than harm, because it gave the divine mercy the opportunity to redeem us” (De institutione virginis, 104).

“God preferred that there should be more men to save and whose sense he could forgive, rather than have only Adam who would remain free from fault” (De paradiso, 47).

The crowning point of this little anthology cannot be any other than the extraordinary thought with which he concludes his commentary on the six days of creation. And precisely the number of citations made so far (which could have been greatly increased) persuades us that the affirmation is not due to careless oratory, but is thoroughly meditated and probably constitutes the fulcrum of his entire personal theological conception.

As can be seen, according to Ambrose God creates the universe for man, and creates man in order to be merciful. It cannot be said that he creates man as a sinner or in order that he should sin; but it must certainly be said that the ultimate rest of Christ in his redemptive death and manifestation of divine mercy represent the ultimate and highest meaning of creation.

The Ambrosian liturgy seems to echo the voice of its Father and Teacher when in one of its prefaces it proclaims: “You bent down over our wounds and healed us, giving us a medicine stronger than our afflictions, a mercy greater than our fault. In this way even sin, by virtue of your invincible love, served to elevate us to the divine life” (Sunday XVI per annum).

God is always first; this is why his mercy does not follow sin, but anticipates it. It is true that the divine tenderness spreads over the world as a remedy for the fault, but it is even more profoundly true that the fault is taken up into the eternal plan in order that forgiveness may manifest itself.

God could have chosen from among infinite possible worlds. None of these could have manifested all of the divine perfection; each one of them would have manifested some. By choosing an order entirely centered on his Son made man, crucified and risen, redeemer and head of a multitude of brothers, the Father preferred to every other a universe that would express above all his joy in forgiving and would exalt within man the humility of penitent love.

This makes clearer to us the truth of Jesus' affirmation that “there will be more joy in heaven for a converted sinner than for the ninety-nine just who have no need of conversion” (Luke 15:7).

The sinner who repents expresses in a direct way the specific meaning and emergent value of this universe that was in fact willed by God.

In this way we arrive at understanding that our infidelities, our foolishness, our capricious "no's" (for which we are and should be humbled and confused) can become the opportunity for a more intense spiritual life; and that our very fault is overcome and overthrown at its birth by the greater power of the love of the Father who saves.

It is painful to see oneself in one's own pettiness. But it is precisely in recognizing my pettiness that I see myself called to salvation and drawn near to my redeemer: my sin is not able to express itself before it is already exceeded and dissolved by the divine will for redemption.

In the end there is something like a bittersweet gladness that does not forget our infidelities and does not neglect to weep over them, but is no longer able to see them other than as surpassed by the greater impetus of the Father's mercy.

If you understand Italian or Portugese, please watch this film.   If you don't, please get it translated into English: it is worth it.  I am not sure that I believe in the image of the Oratorians projected by the "Reform of the reform" people - it cannot be the whole picture - but I certainly believe in St Philip Neri:
Posted by Father David Bird O.S.B. at 10:17