25TH SUNDAY IN ORDINARY TIME: THE IMPORTANCE OF HUMILITY

Truth Is Unrecognizable Without Humility and Meekness
Posted: 13 Feb 2011 11:03 AM PST 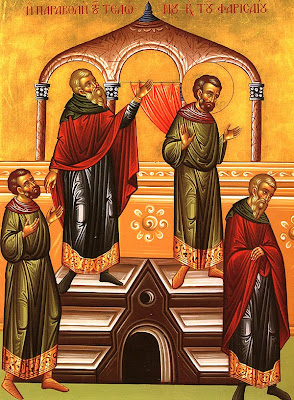 "When the Messiah comes, will He perform more signs than this man has done?" (John 7:31).

The Lord Jesus performed miraculous works before all and all saw but not all believed. The people witnessed His miracles and believed in Him. Servants heard His words and believed in Him. But the leaders of the people and the masters of the servants also witnessed His miracles and did not believe in Him. And so, in those days the words of the Savior came true: "But many who are first will be last, and the last will be first" (Matthew 19:30). "For behold, some who are last who will be first, and some are first who will be last" (Luke 13:30). Those who were first in honor and authority were last in having faith in Him; and those who were last in honor and authority were the first in having faith in Him.

Brethren, do you see how man, without humility and meekness, is unable even to recognize truth nor to rejoice in the truth? Do you see how the proud and the envious do not even allow God to be ahead of them? As did Satan, at one time!

Lord Jesus, eternal Truth, cleanse our hearts of pride and envy that we may be able to see You and to rejoice in You. To You be glory and thanks always. Amen.

THE IMPORTANCE OF HUMILITY


Long before he became the cardinal archbishop of New York, Timothy Dolan was the rector of the North American College in Rome. He used to give regular talks to the seminarians, which were collected in a very good book called “Priests for the Third Millennium.” In one of the talks, Cardinal Dolan quotes a retreat conference given by the Passionist Scripture scholar Barnabas Ahern.

Father Ahern asked: what do you suppose was Jesus Christ’s favorite virtue?
Was it faith?
Was it hope?
How about charity or justice?

All of those are contenders.  But Father Ahern had something else in mind.
Christ’s favorite virtue, he suggested, was humility.

He made a persuasive argument.
Again and again in the gospels, Christ chose the most humble.  He chose the sick over the healthy…the weak over the powerful…the poor over the rich. He didn’t select scribes and scholars for his apostles; he picked a fisherman and a tax collector, a doubter and a betrayer. He encountered a woman begging for scraps from God’s table, and he performed a miracle where every crumb was collected and saved. He drew to himself those who were broken and needed healing, from the blind and the crippled to the possessed and the spiritually lost.

The gospels offer a reassuring message for all of us who feel unworthy, or fall short; they offer this blessed hope:
Jesus often found more among those who, in the eyes of the world, seemed to be less.

And in today’s gospel, we see this again. To settle a dispute among the apostles over who, in fact, is the greatest, Jesus put before them the most inconsequential person in the room: a small child—a figure of perfect trust, and simplicity, and need.

...The listening to the Westminster Choir helped get me through some very tough times during the early phase of sobriety...then gradually i migrated to Benedictine style chant,..now days,I rarely need the help/aid of spiritual music to return myself to the 'sweet spot'so to speak and become centered'..I've learned instead that silence (and not the feelings inspired by music) is the surest way to God...