THE JOURNEY OF FAITH, LIVING THE CHRISTIAN FAITH WITH J.R.R. TOLKIEN “The heart of Christianity is a myth which is also a fact.” C.S. Lewis 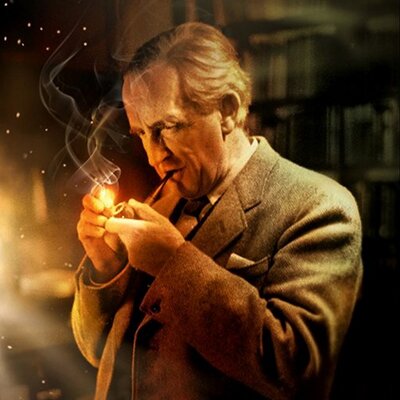 “… we make things by the law in which we were made. We create because we are created.  Creativity, imagination, is God’s imageness in us.   We tell stories because God is a storyteller.  In fact he is THE storyteller.  We tell our stories with words.  He tells his-story with history.  The facts of history are his words and his providence is his storyline.”

This being the case, no historical account is fully true, whether it is the history of a nation, a family, or an individual, if it is not seen from the point of view of divine Providence, from God's point of view, not as a mere participant, as one person among many to be included among the rest, but as Author, and Creator of the whole story.  This is even true in each and every event, at each and every moment in the life of each and every one of us, and of all of us as organically united in the Mind of God.

Every individual event and the whole of history are related to the Mystery of Christ which is the major theme of God's story of Creation and Redemption, a story in which all human beings are included in a special way by the incarnation.  Of course, this does not means we can recognise all the connections.  Only God can do that.  Nevertheless, we can, at least, recognise how full of God each moment, each circumstance, each event is, because God is its ultimate author as it takes its place in the wonderful story that is God's Creation and Redemption.

We shall continue our theme with the help of the great Jesuit spiritual director much followed by traditional English Benedictines, Jean-Pierre de Caussade. 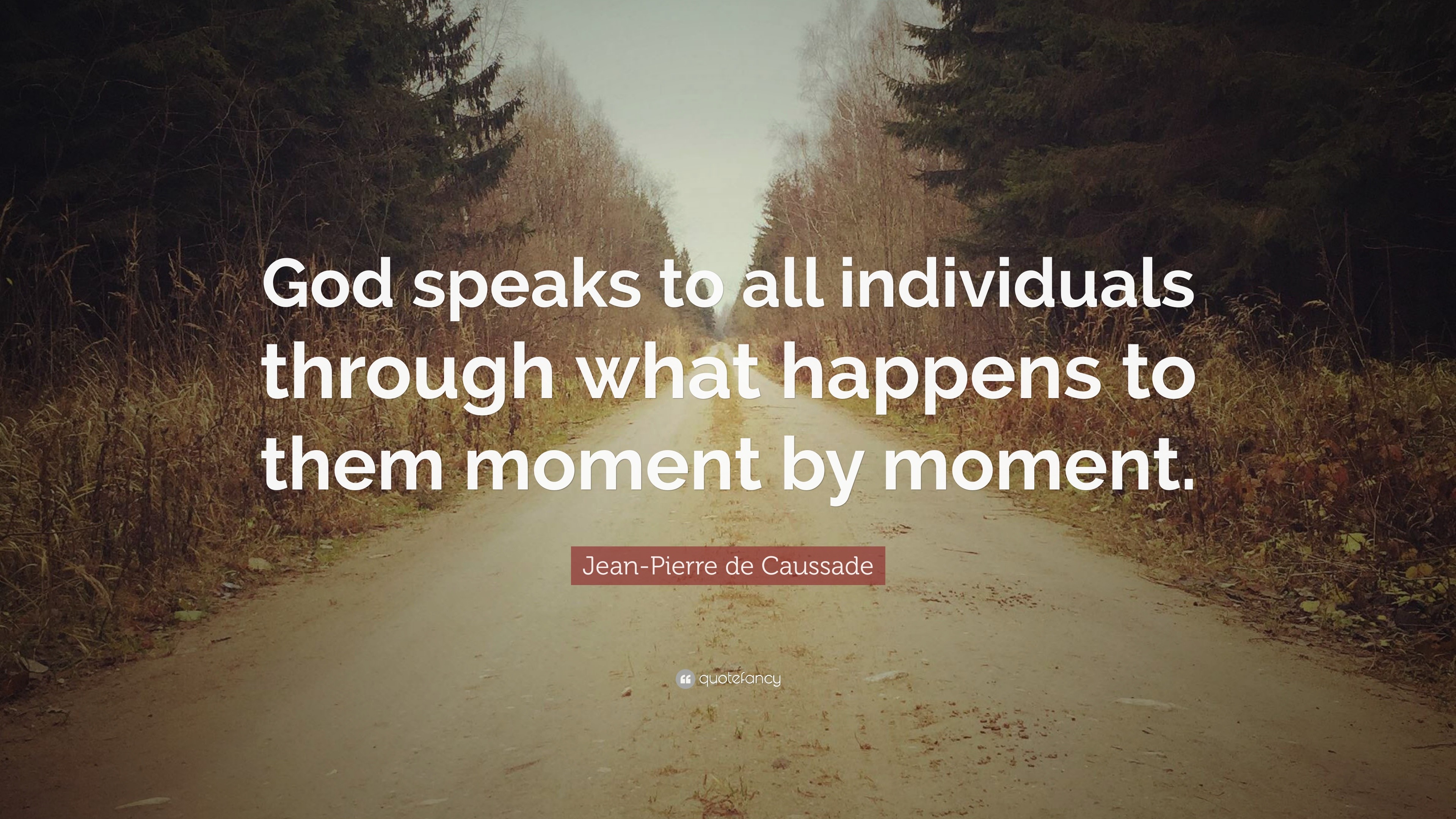 “The duties of each moment are the shadows beneath which hides the divine operation.”
“There is not a moment in which God does not present Himself under the cover of some pain to be endured, of some consolation to be enjoyed, or of some duty to be performed. All that takes place within us, around us, or through us, contains and conceals His divine action.”“The books the Holy Spirit is writing are living, and every soul a volume in which the divine author makes a true revelation of his word, explaining it to every heart, unfolding it in every moment.” “To escape the distress caused by regret for the past or fear about the future, this is the rule to follow: leave the past to the infinite mercy of God, the future to His good Providence, give the present wholly to His love by being faithful to His grace.” “In the state of abandonment the only rule is the duty of the present moment. In this the soul is light as a feather, liquid as water, simple as a child, active as a ball in receiving and following all the inspirations of grace. Such souls have no more consistence and rigidity than molten metal. As this takes any form according to the mould into which it is poured, so these souls are pliant and easily receptive of any form that God chooses to give them. In a word, their disposition resembles the atmosphere, which is affected by every breeze; or water, which flows into any shaped vessel exactly filling every crevice. They are before God like a perfectly woven fabric with a clear surface; and neither think, nor seek to know what God will be pleased to trace thereon, because they have confidence in Him, they abandon themselves to Him, and, entirely absorbed by their duty, they think not of themselves, nor of what may be necessary for them, nor of how to obtain it.”

Of course, we all have a different role to play in  God's story at whatever level we are asked to play it, but only those with faith will be conscious that they have a part to play.   Just as the Incarnation involves all humanity in the Story, so faith in the Incarnation challenges all who receive this gift to step out into the road and play our part along the way that leads to global salvation.   To be a Christian is a vocation to walk with Christ, to where and to what, only God knows because only God is the Author.

Roads go ever ever on,
Over rock and under tree,
By caves where never sun has shone,
By streams that never find the sea;
Over snow by winter sown,
And through the merry flowers of June,
Over grass and over stone,
And under mountains in the moon.

Roads go ever ever on,
Under cloud and under star.
Yet feet that wandering have gone
Turn at last to home afar.
Eyes that fire and sword have seen,
And horror in the halls of stone
Look at last on meadows green,
And trees and hills they long have known.

The Road goes ever on and on
Down from the door where it began.
Now far ahead the Road has gone,
And I must follow, if I can,
Pursuing it with eager feet,
Until it joins some larger way,
Where many paths and errands meet.

The Road goes ever on and on
Down from the door where it began.
Now far ahead the Road has gone,
And I must follow, if I can,
Pursuing it with weary feet,
Until it joins some larger way,
Where many paths and errands meet.
And whither then? I cannot say.

The Road goes ever on and on
Out from the door where it began.
Now far ahead the Road has gone.
Let others follow, if they can!
Let them a journey new begin.
But I at last with weary feet
Will turn towards the lighted inn,
My evening-rest and sleep to meet.

Still ’round the corner there may wait
A new road or secret gate;
And though I oft have passed them by,
A day will come at last when I
Shall take the hidden paths that run
West of the Moon, East of the Sun.

Around March and my eighty-first birthday, I made my move from Peru to Herefordshire, from mid-summer to mid-winter, from a community I had watched grow up and over which I had been superior for nine years, a communiity that was obviously terribly sad to see me go, to a community, most of whom I scarcely knew and who were, at the most, only moderately glad to see me.

Yet there is no doubt in my mind that this is God's will.   Although I was re-called by the abbot so that I would not be a burden in my old age on the young peruvian community and because healthcare is free in England, this is not the most profound reason why it is God's will. The Father's power of love can work through us only in proportion to our humble obedience to his will, only in so far as we permit him.  As I near the end of life, so God will take from me - if I permit it - all that stands between me and my participation in his Trinitarian life of Love.  When all has been stripped away, then all that will be left will be Christ who descended into the place of death for me; and I shall rejoice because "Christ is Risen!".

Meanwhile, I will make Bilbo's song my own


The Road goes ever on and on


Out from the door where it began.
Now far ahead the Road has gone,
Let others follow it who can!
Let them a journey new begin,
But I at last with weary feet
Will turn towards the lighted inn,
My evening-rest and sleep to meet.

this is just included because it is


worth listening to. It is up to you
to find the relevance.