ONE SMALL STEP AT A TIME: POPE FRANCIS AND CONTINUING THE WORK OF VATICAN II 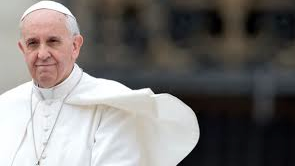 On the world stage, Pope Francis’s star is burning brighter than ever, now even as nuclear peacemaker between the United States and North Korea. But even within the Church, he finds himself at grips with a piecemeal world war, a strange war that he himself has contributed to unleashing, absolutely convinced that it will come to a good end.

Jorge Mario Bergoglio is unquestionably an innovator. But in method, before it can be seen in results.

He always introduces the innovations in little doses, on the sly, perhaps in an allusive footnote, as he did with the now-famous footnote 351 of the post-synodal exhortation “Amoris Laetitia,” only to say later with candor, when questioned on one of his equally famous airborne press conferences, that he doesn’t even remember that footnote.

And yet those few cryptic lines were enough to ignite within the Church an unprecedented conflict, with entire episcopates squaring off (1), in Germany in favor of the innovations and in Poland against, and so all over the world between diocese and diocese, between parish and parish, where what is at stake is not only the yes or no to communion for the divorced and remarried, but the end of the indissolubility of marriage and the admission of divorce (2) within the Catholic Church too, as is already taking place among Protestants and Orthodox.

There are those who are becoming alarmed over this confusion that pervades the Church. But Francis is doing nothing to put the house back into order. He is moving right along with confidence. No point in even waving to the cardinals who submit their own “doubts” and those of many to him, on capital questions of doctrine that they see under threat, and ask him to bring clarity. He lets run free the most disparate interpretations, whether conservative or progressive in the extreme, without ever explicitly condemning any of them.

Pascal, the philosopher, and man of faith whom Francis says he wants to beatify, wrote fiery words against the Jesuits of his time, who threw into the fray their most daring ideas so that over time they would ripen little by little and become the common opinion.

But this is precisely what the first Jesuit pope in history is doing today: setting into motion “processes” within which he is sowing the innovations that he wants to win out sooner or later, in the most diverse fields, as for example in the judgment on Protestantism.

In Argentina, Bergoglio unleashed terrible invectives against Luther and Calvin. But as pope he is doing the complete opposite, he does nothing but sing Luther’s praises. On a visit to the Lutheran church in Rome, when asked to say whether Catholics and Protestants may receive communion together in spite of the fact that the former believe that the bread and wine “really” become the body and blood of Christ while the latter do not, he answered yes, and then no, and then I don’t know, and then figure it out yourselves, in an ecstasy of contradictions, but in practice giving the go-ahead.

It is the fluidity of his magisterium that is the true novelty of Francis’s pontificate. What he does not tolerate is that anyone should dare to tie it down in clear and distinct ideas, purging it of its innovative contents.

Cardinal Gerhard L. Müller, who as prefect of the congregation for the doctrine of the faith insisted on saying that in “Amoris Laetitia” there was nothing new with respect to tradition, he summarily removed from office.

And Cardinal Robert Sarah, who as prefect of the congregation for divine worship would like to reserve for himself full control of the translations of the Latin missal in the various languages, he publicly humiliated, requiring him to tell all the bishops himself that the pope instead is giving every national Church the freedom to translate as it likes, the embryo of a future Catholic Church no longer monolithic but federated (4), another of the objectives of Bergoglio, the unrelenting schemer.

This commentary was published in "L'Espresso" no. 46 of 2017 on newsstands November 12, on the opinion page entitled "Settimo Cielo" entrusted to Sandro Magister.

MY NOTES ON THE ABOVE ARTICLE 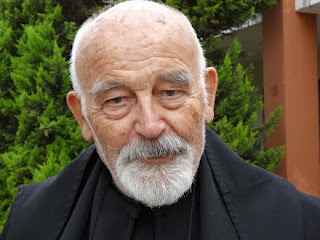 1 & 2)  It must be remembered that there were differences in teaching and practice on marriage and divorce in the first thousand years of the Church's history. For example, the central Roman teaching on marriage is that it is a legal contract which can only be cancelled by the death of one of the partners.

You will have trouble finding any kind of contract between husband and wife in the traditional Orthodox marriage service.   For the Orthodox, the marriage rite is not a contract which is merely witnessed by the Church as with the Latins: it is the  recognition by the Church of a relationship between a man and a woman already begun in their lives by God in which they reflect the Holy Trinity.
This a short statement from an Orthodox source:

Man is made in the image and likeness of God. Marriage is intended by God to be an image of the Trinity. It is the union of three persons, not two. Man and woman are one with each other and one with the person of Jesus Christ.

Legal contracts, for the Orthodox, are a matter for the State, not the Church.


Thus, in the Latin West, Christian marriage is a contract, while in the Orthodox East, it is a relationship.  Little wonder that there is a difference of pastoral practice going right back to the early Church about what happens when a relationship ceases to exist in any meaningful sense.

If we are sister churches in which Tradition springs from the synergy between the Holy Spirit and the Church as takes place in the Liturgy, then we must acknowledge the authenticity of each other's traditions.  For too long we have treated our own tradition as the only one while acknowledging their Eucharists.  They too have made the same mistake.

It is a principal of ressourcement theology to look at Tradition in all its manifestations for the right answer to difficult theological, liturgical and pastoral problems.  The Church has done this in liturgy with the formula for Confirmation and with the choice of three new Eucharistic prayers after the Council.  Pope Francis is continuing the good work when dealing with difficult problems of marriage and the family.

Another principle pf ressourcement theology is that, if the Church has permitted and regarded something as good and Catholic for a long time, it cannot be suddenly disallowed - Pope Benedict permitted the Tridentine Mass on this principal - and if real differences in teaching and practice were not considered reason to break communion over the centuries, they can't suddenly become reasons for keeping us apart.  Hence, the admission by Catholic theologians that the Pope rules the Church as successors of St Peter was not universally believed in the first thousand years is important in deciding whether belief or disbelief in the Vatican I dogmas should keep us apart.

The same can be said for differences between the bishops of Poland and Germany over giving communion to divorced and re-married.

3)On a visit to the Lutheran church in Rome, when asked to say whether Catholics and Protestants may receive communion together in spite of the fact that the former believe that the bread and wine “really” become the body and blood of Christ while the latter do not, he answered yes, and then no, and then I don’t know, and then figure it out yourselves, in an ecstasy of contradictions, but in practice giving the go-ahead.

It must be remembered that official Lutheran teaching is that Christ is really present in the Eucharist; hence, the question of what happens about people who do not believe in the real presence does not arise in a Lutheran-Catholic context.

4) [Pope Francis ordered Cardinal Sarah]  to tell all the bishops himself that the pope instead is giving every national Church the freedom to translate as it likes, the embryo of a future Catholic Church no longer monolithic but federated

And about time too! English is a beautiful language and, when translating Latin into English, using Latin constructions and ignoring the rhythm of English can be forgiven in a school kid, but Vatican translators have no excuse.

One consistent theme marking Francis’s pontificate has been his desire to decentralize authority in the Church. His 2013 Apostolic Exhortation Evangelii Gaudium spoke of establishing a juridical status for “episcopal conferences which would see them as subjects of specific attributions, including genuine doctrinal authority.” In October 2015, Francis referenced episcopal conferences as one way to realize “intermediary instances of collegiality.” More recently, the pope told Polish bishops that one way forward with vexed pastoral issues might be to allow episcopal conferences decide how to proceed. (Catholic World Report)